Shinobu Sensui (in Japanese: 仙水 忍, Sensui Shinobu), also known as Black Angel, is one of the villains in Yu Yu Hakusho. He is a former Underworld Detective and the antagonist during the Chapter Black Saga.

Sensui was a tall, thin, broad shouldered man with tan skin, an ovoid jewel in the middle of his forehead and a rather long neck. He normally kept his hair short in a Caesar cut, with a bang arching slightly over his forehead. He wore a casual long-sleeved dark shirt and dark jeans. His long limbs gave the illusion of a slender build, though in reality, while he was not bulky, his torso at least was both very muscular and very heavily scarred, both of which were the results of his intense physical training.

In his younger years, he had a longer haircut and wore clothes similar to his current attire. In a flashback dating back to his times as a student, he was seen wearing a gakuran, a Western-style school uniform

He was generally refined and polite (condescending as Minoru), and displayed a curious sense of honor when he allowed Hiei, Kurama and Kuwabara to try and avenge Yusuke's death. Shinobu bore an enormous amount of guilt in killing, particularly when he used to kill demons without question during his time as a Spirit Detective in the name of humanity, whose cruelty ended up driving him mad and engendered a fierce loathing of his own species.

He seemed despondent after killing Yusuke, expecting some sort of catharsis with his black-and-white view of the world, and is visibly disgusted when he was forced to kill demons while fighting a resurrected Yusuke on the Plateau of the Beheaded in Makai.

Sensui is a master of Lightning Kickboxing, Resshūken, Fissure Kick Fist), an elegant fighting style that mixes fluid arm blocks with powerful kicks and is said to be only available to those who have already mastered all forms of martial arts. Sensui also wields Holy Aura (聖光気, Seikōki, Saint Light Energy), a special type of energy that is said to be the purest of all auras, mastered only after 40 years of training, though Sensui mastered it in just over six years with his seven different personalities. 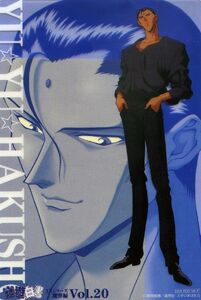 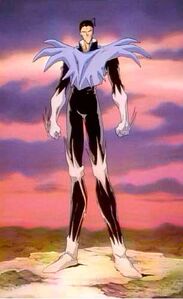 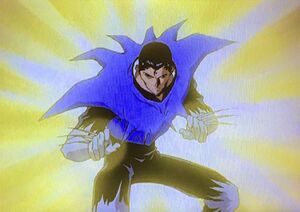 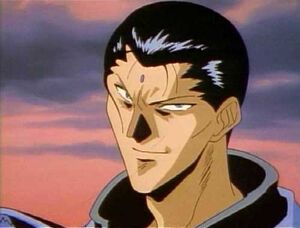 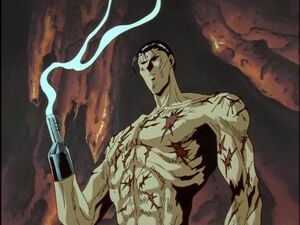 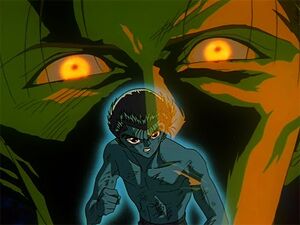 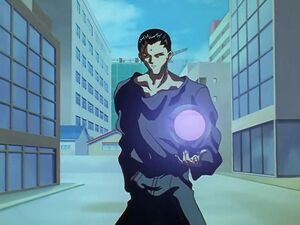 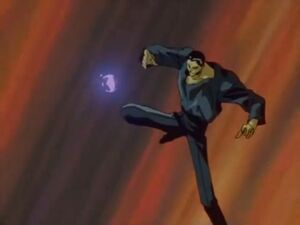 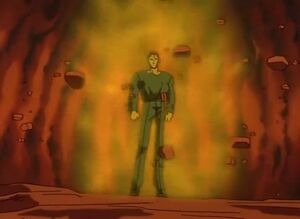 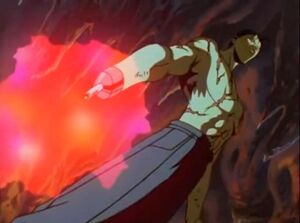 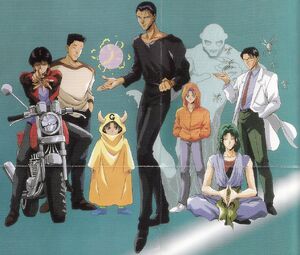 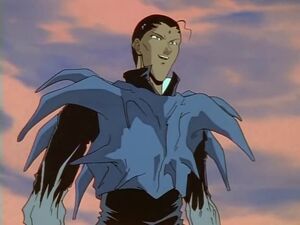 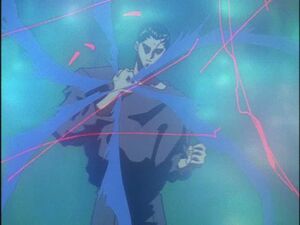 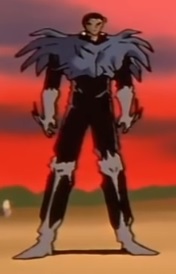 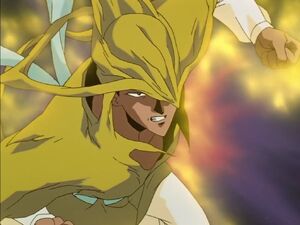 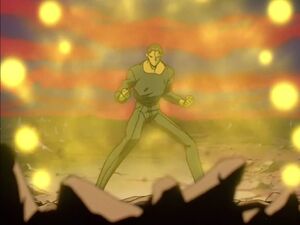 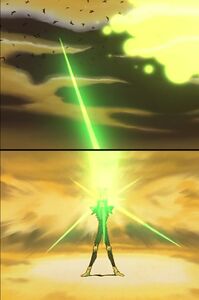 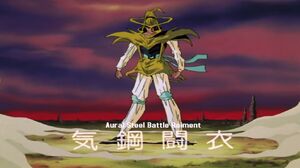 Retrieved from "https://villains.fandom.com/wiki/Shinobu_Sensui?oldid=3553127"
Community content is available under CC-BY-SA unless otherwise noted.