The father of Shio and Asahi Kobe is a minor antagonist in the psychological horror manga Happy Sugar Life.

He was the abusive father of Asahi and Shio. A man known for his short temper, he raped his future wife Yuuna after she had accidentally walked into him. Due to this, he was made to marry her. He was a raging alcoholic who would use his family members to indulge in his hedonistic life style. He beat his wife and kids and was once known for once threatening to rip his son's fingernails off out of morbid interest at seeing how long he could endure the pain. Shortly after this, he forced Asahi to get him alcohol.

Sometime later, he was alerted that his father had died. Rather than being mournful for his late father, he was overjoyed by the news because he would inherit his father's riches. As such, he remorselessly leaves his wife and children. Around that time, Yuuna escaped her abusive husband with her daughter Shio. Unfortunately, she began took on her husband's abusive tendencies by smacking her for misbehaving and opting to lock her in the house. Eventually, this culminates in her abandoning her daughter in the street where Satō Matsuzaka discovers her and becomes "in love" with her. Yuuna was contemplating on taking Asahi with her, but she decides to leave him to the wrath of the patriarch of the Kobe family.

In episode 12, it is revealed that shortly after abandoning Shio, Yuuna returned to her husband's abusive household and poisoned his drinks, thus making her responsible for his death. 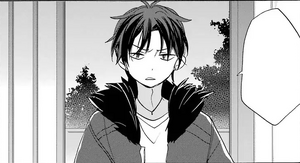 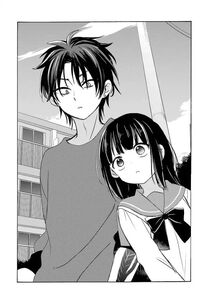 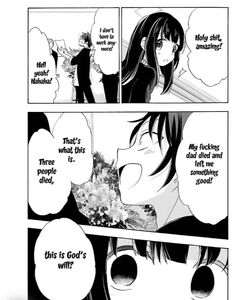 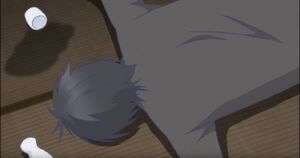 Retrieved from "https://villains.fandom.com/wiki/Shio_and_Asahi%27s_Father?oldid=3953203"
Community content is available under CC-BY-SA unless otherwise noted.