Testing out the G4 system.

Suicidal Enforcer
Shiro Mizuki is the fourth and last user of the G4 system to become Kamen Rider G4 and the titular antagonist of the movie Kamen Rider Agito: Project G4.

Shiro Mizuki was one of the soldiers assigned under Risa Fukami, the captain of the GA division. Mizuki was assigned to guard the GA psychic educational facility shortly before it was by the Formica Pedes. Though he survived the attack, the experience would color his worldview and lead him to embrace death to become stronger.

Mizuki eventually volunteered as a test subject for the G4 exo-suit, knowing fully of the possibility that it would kill its user, just as it did to three previous wearers before him. Mizuki soon became enemies with the G3-X operator, Makoto Hikawa, as he embraced death while Hikawa embraced life. The two eventually settled their differences in wordlview by fighting each other, but over the course of the battle the G4 system began malfunctioning. Mizuki refused to surrender, though he was ultimately killed by the strain of the system. Despite Mizuki's death, G4's AI attempted to continue fighting but it was destroyed by Hikawa.

Kamen Rider G4 was one of the Riders who appeared in Natsumi Hikari's dream of the Rider War.

He later appears as one of the Kamen Riders who took part in the Rider War and fought Kamen Rider Decade.

Kamen Rider G4 was one of the Riders summoned from another world by Another Decade to fight Zi-O and Geiz. 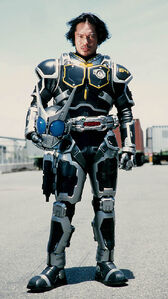 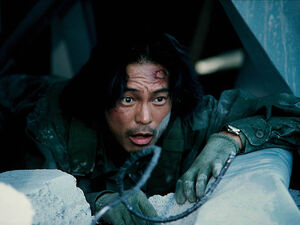 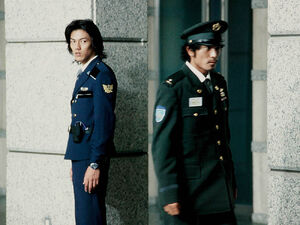 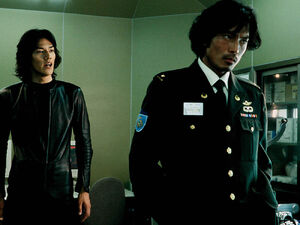 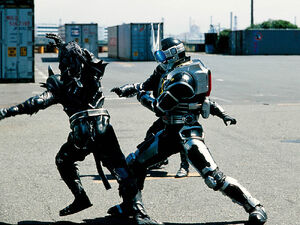 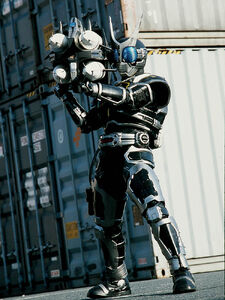 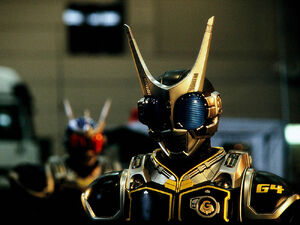 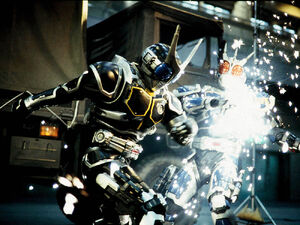