Bring chaos into the world.

He was voiced by Eiji Yano and Yû Daiki.

While he was still alive, Amakusa led a rebellion against the tyrannical Tokugawa Shogunate(regime in Japanese), but his army was defeated and he was executed by them. It was said that before his death, he vowed that he would be resurrected someday. Growing a deep hatred against not only the Tokugawa, but the whole world, his soul was never able to rest, wandering the darkness with only vengeance in mind. A century later, he makes a pact with the dark god of Makai, Ambrosia, and is brought back into the world of living by possessing the body of a young ninja who was the son of the ninja master Hattori Hanzo. He then makes his move to bring Ambrosia into the world by stealing the Palenke Stone, using it to cast a series of calamities throughout the world, causing plagues, war outbreaks, disasters, and unbalancing the nature. The world quickly fell into chaos, so a series of warriors, each one with his own motives, set on their own journeys, as if drawn together. Haohmaru, a skilled samurai who wanted to perfect his skills, hears of the disasters and the arrival of Amakusa, so he decides to challenge him. With the help of other warriors, he defeats Amakusa, an this seemed to be the end of his twisted plans. However, his death at the hands of Haohmaru split his soul into two halves: the good and the evil Amakusa.

Roughly a year later, both halves are able to resurrect. His good side tries to search for his other half to become one again, but his evil side erects a magic castle by using the young sorcerer Hazuki Kazama and resurrects Zankuro Minazuki, an evil warrior with immense power. But his plans are stopped by Kazuki Kazama, brother of Hazuki. After he is defeated, Zankuro escapes from Amakusa's control, cutting him in half with his immense sword. With the evil side killed for good, the good side is unable to reunite.

His good side tries to pay for his sins, but he is sealed off by Mizuki Rashoujin because of his betrayal against Ambrosia. He manages to break the seal and escape, and tries to help the warriors who are trying to stop Mizuki, but Mizuki destroys his soul, who leaves the body of Hanzo's son.

Amakusa is a completely twisted psychopath, blinded by his desire for revenge. His good side tries to make up for his evil side. 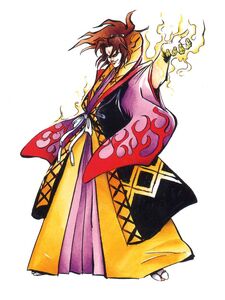 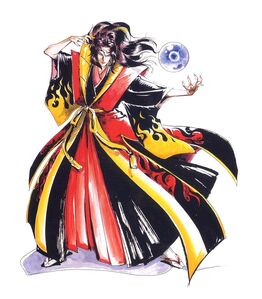 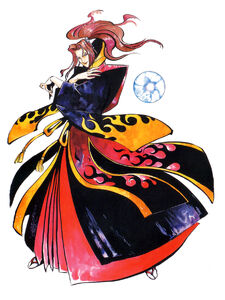 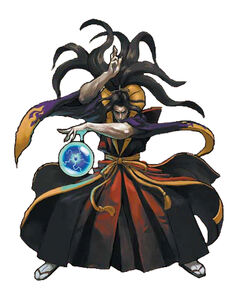 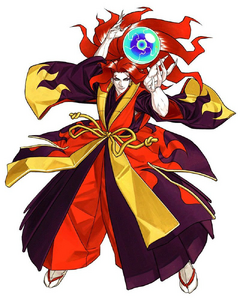 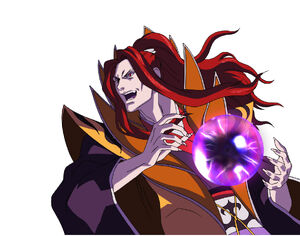 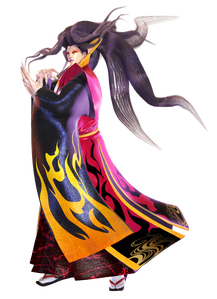 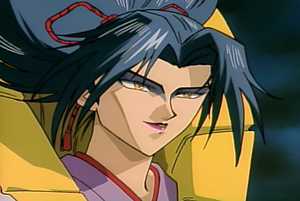 Amakusa Shiro appears in the anime adaption of Samurai Shodown as a woman. 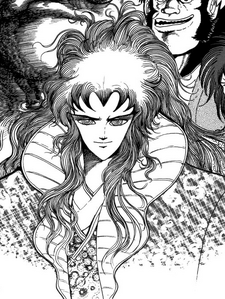 Amakusa Shiro as he appears in Ken Ishikawa's manga version of Makai Tensho. 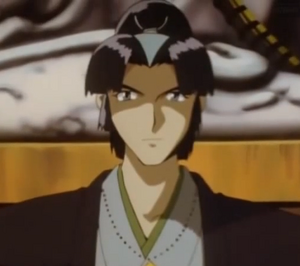 Amakusa Shiro as he appears in the anime adaption of Makai Tensho, prior to being resurrected as Satan. 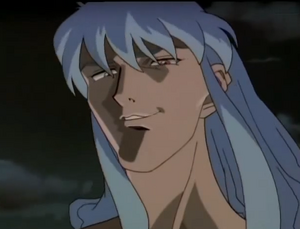 Amakusa Shiro after being resurrected as Satan in the anime adaption of Makai Tensho. 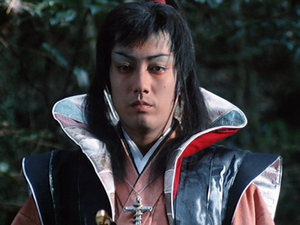 Amakusa Shiro, portrayed by Keni Sawada, as he appears in Kinji Fukasaku's 1981 movie adaption of Makai Tensho.
Add a photo to this gallery

Retrieved from "https://villains.fandom.com/wiki/Shiro_Tokisada_Amakusa?oldid=4030110"
Community content is available under CC-BY-SA unless otherwise noted.