ShogunGekomon is the Ultimate digivolved form of Gekomon. He is a minor antagonist in Digimon Adventures 01 and 02, and in the video game Digimon World 4.

ShogunGekomon is an Ultimate Level Digimon that looks like a giant red frog with two huge horns.

Gekomon and Otamamon were worried about their leader ShogunGekomon because he was sleeping for quite some time. When Mimi came to their castle, The Gekomon and Otamamon asked her if she could sing for ShogunGekomon. She agreed but since she always wanted the lap of luxury, she kept on making excuses to why she couldn't sing. Finally she started to sing, waking up ShogunGekomon, however instead of being a kind Digimon, he was a very grumpy Digimon and began to go on a rampage. He attacked with a loud shockwave causing the ceiling to collapse, and about to crush Mimi. Palmon Digivolved into Togemon and saved Mimi. Greymon then Digivolved into MetalGreymon, and defeated ShogunGekomon with a Giga Blaster, knocking the big frog unconscious. It was then revealed that the Dark Masters attacked the castle. ShogunGekomon was proven to be no match to the Dark Masters and was killed along with a few Gekomon and Otamamon.

When a village is under the influence of the Digimon Emperor, some of the Gekomon rescued the DigiDestined, and they were forced to hide in ShogunGekomon's underground hiding place and are offered hospitality to the DigiDestined. However a Ninjamon manage to find the hiding place and manage to slipped a Dark Spiral on ShogunGekomon while he and the DigiDestined were sleeping, he went on a rampage. Pegasusmon and Nefertimon tricked him into attacking the Control Spire and he was knocked unconscious by Raidramon and Digmon. With the combine effort of Raidramon, Shurimon, Digmon, Pegasusmon, and Nefertimon destroyed the Dark Spiral.

Another ShogunGekomon appeared in the New York. All he was doing was enjoying the water. When a DigiDestined with an Airdramon came. They told him that they can return him to the Digital World along with the other Digimon in the Real World.

When Ophanimon was telling her story of how Cherubimon turned to evil, she mentioned that Cherubimon had an army of Beast Digimon that invaded Seraphimon's Castle. One of the Digimons that attacked the castle was a ShogunGekomon. What happened to the ShogunGekomon after the invasion is unknown.

ShogunGekomon appeared as a boss Digimon in Venom Jungle in Geko Path. He also reappeared in the Side Quest, Item Road. 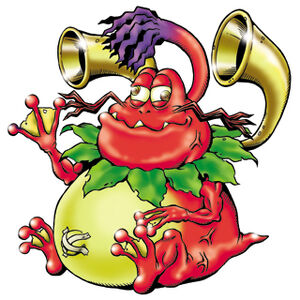 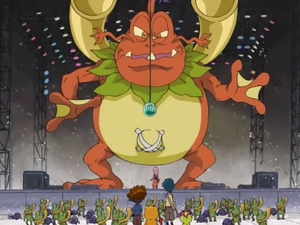 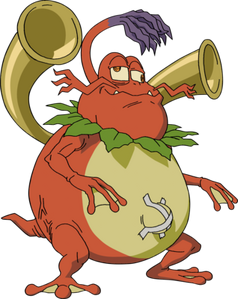 Retrieved from "https://villains.fandom.com/wiki/ShogunGekomon?oldid=3809373"
Community content is available under CC-BY-SA unless otherwise noted.