Resting in his dojo

Shogun was a robot alien bounty hunter. He was hired by The Shredder to dispose of the Teenage Mutant Ninja Turtles. One day, the turtles were en route to the Technodrome after rescuing their master Splinter from a warehouse. Along the way, the turtles were forced to journey through a long dojo. This was the Shogun's base while he was on planet Earth. The entire castle was guarded by many traps and sharp bamboo. The turtles also encountered white tigers, enormous purple scorpions and a legion of foot soldiers. After a difficult trek, the turtles reached the end of the castle where the Shogun was waiting for them. Both sides fought but Shogun was defeated. Afterwards, the turtles left through a piece of the floorboard that just opened. They emerged in a tunnel that led directly to the Technodrome.

Shogun uses a naginata during battles. He usually moves around in circles while randomly attacking the turtles. At some point during a battle, Shogun will release his own head from the rest of his body. It flies in around in a straight-forward motion and inflicts harm just by touching a turtle. Shogun materializes but only during his introduction. 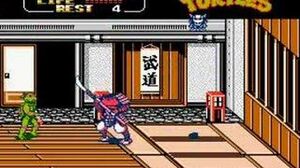 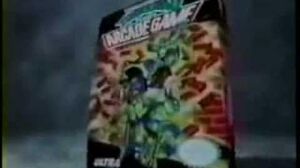