Terrorist
The Shoot Roidmude, originally designated as Roidmude 091, is an Advanced Roidmude and antagonist in Kamen Rider Drive.

Roidmude 091 evolved into the Shoot Roidmude at an unknown point of time. After coming across a fake bomb threat made by Takuro Mogi, a high school boy that tired of his mundane life, Shoot decided to make the fake bomb threat a real one and blew up the building, which Takuro witnessed. Shoot later met Takuro and copied his human form. He made a deal with Takuro where Takuro would send in bomb threats and Shoot would blow up the locations the threats were directed at.

However, his attempt to bomb a Ferris Wheel was thwarted by Mach, which allowed Drive to discover the way he was carrying out his bombings. Shoot's next attack was an attempt to bomb four separate locations, but Drive Type Formula stopped all four incoming warheads. Deadheat Mach then attacked Shoot, but Shoot instead overpowered him until Drive saved him and defeated Shoot with Trailer Impact. Though his body was destroyed, 091's Core survived his destruction and was saved by Brain in his tablet.

Brain gave Shoot a new Viral Core which granted him a new upgraded body and modified his Darts with Neurotoxin. No longer interested in Takuro, Shoot decided to kill him. Mach soon showed up to fight Shoot but the Advanced Roidmude incapacitated him with his neurotoxin Blast Darts. However, Mach was saved by Kiriko with Mad Doctor, enabling him to go and stop Shoot's second missile-firing attempt. Kamen Rider Drive Type Formula also showed up to assist and together they destroyed Shoot with the combined power of Trailer Impact and Heat Kick Macher. 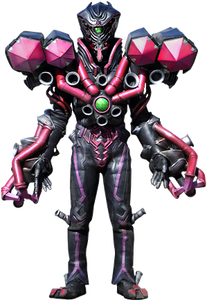 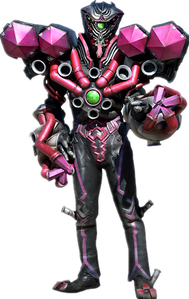 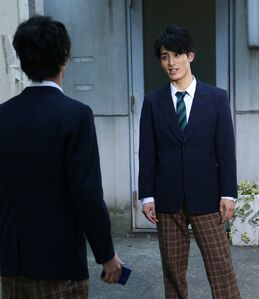 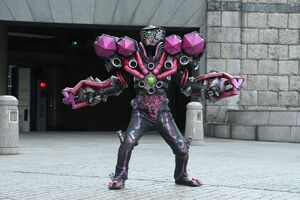 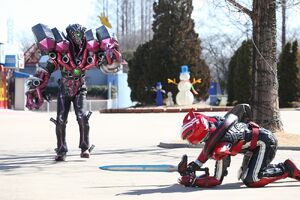 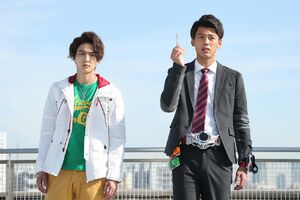 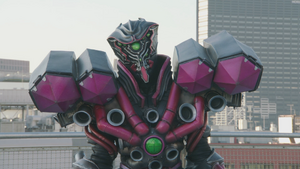 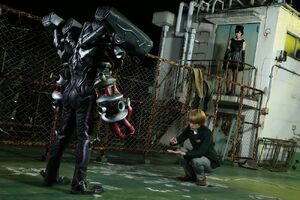 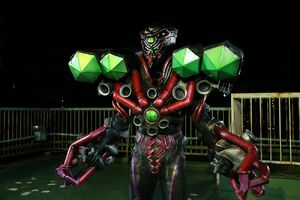