Discover the secret of the Philosopher's Stone.

Shou Tucker is a major antagonist in the 2017 live-action adaptation of Fullmetal Alchemist. He is a State Alchemist who aids Edward and Alphonse in their quest, but he is secretly hiding dark truths about the Philosopher's Stone they seek and secretly performing horrific alchemic experiments.

He was portrayed by Yo Oizumi, who also voiced Kureo Mado in Tokyo Ghoul.

Shou Tucker was a State Alchemist, working as a researcher rather than a field agent or soldier. He mainly studied aspects of the subject of bio-alchemy with permission from the state. He received a luxurious estate and funding, which he used to support his research, wife, and daughter. However, as his research began to turn up less and less results, the funding dwindled and tensions rose in his family, mostly between him and his wife, causing her to allegedly leave.

Suddenly, Tucker amazed the military by revealing a chimera that could speak. Despite the fact that the chimera only repeated the phrase "I want to die." and starved itself to death shortly afterwards, this breakthrough allowed Tucker more funding and the continuation of his research. During this time, he also found out parts of the mystery of the Philosopher's Stone and the secrets of its creation, which he kept to himself.

In the film, Edward Elric and his brother Alphonse are trying to discover the secret to the Philosipher's Stone themselves in order to restore their bodies, which were mutilated/taken by Truth during their failed human transmutation experiment to revive their deceased mother. Major General Hakuro suggests that the two seek out Shou Tucker and perhaps have him share his bio-alchemic findings with them.

The two travel with their friend Winry to find Shou Tuker, and succeed. He shares his limited knowledge with them, but explains that his research will not help them much, and that his funding is once again dwindling to the point where he cannot support Nina any longer. Despite this, he allows the brother to go over his findings, and the heroes quickly befriend his daughter Nina and the family dog Alexander. Tucker later suggests that Edward seek out Dr. Tim Marcoh, who allegedly created a Philosopher's Stone before vanishing. Edward and Winry go seek out Marcoh as Alphonse stays with Tucker to be studied.

However, during their time together, Tucker suggests to Alphonse that his memories may be fabricated, as he has no real proof outside of Edward's word that they are in fact brothers, and he does not know if Al is just an artificial consciousness told that he was once a human. This causes Al to doubt and fear his existence.

Ed and Winry track down Marcoh, but is unable to tell them much before being murdered by Lust, though Ed acquires Marcoh's notes. Ed returns back to Tucker's estate, where he finds that Tucker has created another chimera that can speak. Edward interacts with it until it calls him "Brother Edward", the nickname Nina had for him. Edward then comes the the realization that the chimera is the transmutation of Nina and Alexander into one monster, and that his first speaking chimera was his wife. When Edward confronts Shou regarding this, Tucker mocks him for being narrow-minded and a hypocrite, as he did the same thing trying to revive his mother. Edward lashes out in rage and beats Tucker until Al finds them and stops him. The two contact the military and Tucker is arrested.

Ed takes Marcoh's notes back to Central to have his friend Meas Hughes help him decipher them. However, Edward is given a fake tip from Hakuro as to the answers he seeks. After he leaves, Hughes realizes the terrible truth revealed in Marcoh's notes as well as the real location of the elusive Labaroatory 5, but is murdered by Envy before he can tell anyone. Envy frames Colonel Roy Mustang for the murder. At the fake location, Alphonse confronts Edward about Tucker's suggestion and lashes out at his brother. The two get into an argument that results in the two getting into a bloody fistfight with each other until they are broken apart and calmed down by Winry.

Edward is then taken in to be interrogated about Hughes' death, but he and second lieutenant Riza Hawkeye escape interrogation and, with the help of Hughes' last discovery, travel to the real Laboratory 5. Once there, they team up with Mustang to find Envy, disguised as military officer Maria Ross, waiting for them with an army. Mustang exposes Envy as a fraud and fights him off, allowing Edward to go ahead. There, he finds that Shou Tucker has escaped capture and kidnapped Winry, forcing Alphonse to come with him to Laboratory 5 or he will kill her. There, Tucker shows off the secret Laboratory 5 has been hiding: the production of Philosopher's Stones, and how they are made: through human sacrifice through human transmutation. He mocks Edward for his selfishness and tries to justify both of their actions before he is suddenly an unexpectedly attacked and killed by Lust, who believes he has revealed too much. The entire Laboratory 5 was actually masterminded by Hakuro and the Homunculi, who planned to use the Philosopher's Stones to give life to Mannequin Soldiers and overthrow the entire military and government of Amestris.

At first, Tucker comes off as kind and affable, with an open and curious demeanor of a man who just wants to do his research and support his family. However, once it is revealed what he truly is, he is insane and despicable in his search for knowledge at any cost. He is willing to go to unimaginable extremes, even transmuting his own wife, child, and dog to continue receiving funding to further his scientific knowledge and to quench his curiosity. He is also shown to be sadistic in his mocking and abusing of Edward, constantly reminding him of his failures and twisting his memories. What makes this version of Tucker stand out, however, is that unlike his canon self, he commits even worse crimes afterwards to spite Ed for capaturing him. This is in contrast to his canon counterpart who merely mocked Ed for thinking he had the moral ground over him. This version of Tucker is noting more than an unhinged and petty monster who would do anything to attain further scientific knowledge. One can even argue that he is even worse than his canon counterpart. 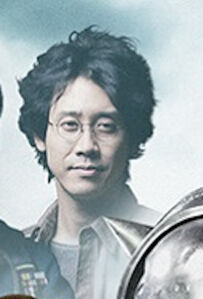 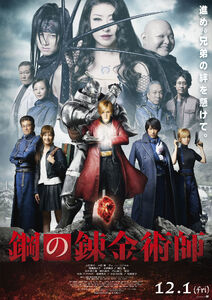