Being feared by the most people possible.

Show the world the art of killing.

Shouichi Shinkawa, also known as Red-Eyed XaXa, Sterben, and later Death Gun, is a major antagonist from the Sword Art Online light novel and anime franchise, serving as the central antagonist of Sword Art Online II. He is one of the ten thousand players who were trapped in Sword Art Online, and a member of the infamous killer guild Laughing Coffin.

When he was young, he was rather frail and sick, thus he entered high school a year late but his father had already given up on him taking over the family business, thus he pushed the burden onto his younger brother. Eventually, he obtained a copy of Sword Art Online and became one of the 10,000 players trapped in the game. Eventually, XaXa joined the Player Killing guild, Laughing Coffin and became one of its most infamous members.

On April 2024, XaXa, along with PoH and Johnny Black had requested to intimidate Schmitt, complementing on its design an deciding to add it to his collection. However, before the red players could accomplish their mission, they were forced to withdraw when Kirito arrived on a horse and warned them that he had arranged for reinforcements to arrive and had enough healing items to stall for time. As the Laughing Coffin members departed, XaXa promised Kirito that he would hunt him down on a horse like the Black Swordsman had done to them.

XaXa offered to reveal his name to the Black Swordsman, but the latter refused to hear it, declaring that he never wanted to meet him again. While in prison, XaXa spent an indefinite amount of time practicing Sword Skills repeatedly, despite the lack of gain in cor and experience points, burning the motions into his muscle memory.

He and his brother, Kyouji, had obtained the addresses of the BoB competitors by hiding under a «Metamaterial Optical Camouflage Mantle» while they watched the other players type their real addresses during the BoB registration process. His plans were foiled by Kirito and Sinon, and he eventually went to prison after the incident had passed. 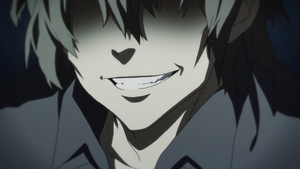 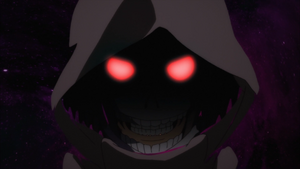 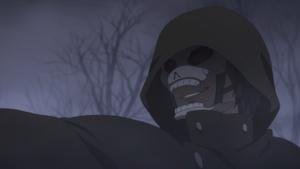 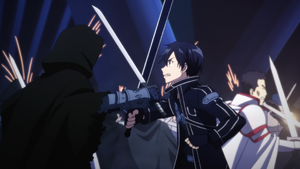