Kill Hamato Yoshi (succeeded).
Defeat the Turtles and Splinter (failed).
Create Tokka and Rahzar (succeeded) in order to exert the Foot Clan's strength.
Train all of New York's delinquents into becoming Foot Soldiers.
Usurp control over Japan's government in order to restore the Union of the Foot to conquer America (all failed).

As a younger man, Oroku Saki was the arch-rival of Hamato Yoshi, who competed with him in many ways. Their most fierce competition, however, was for the affection of Tang-Shen, who ultimately chose Yoshi. Rather than see him and Saki fight over her, Shen persuaded Yoshi to flee to America, taking along Yoshi's pet rat, Splinter, who learned ninjitsu from watching his master train. They all eventually settled into New York City, where Yoshi got work as a construction worker. However, Saki would not accept rejection from either his rival or love interest and swore revenge on them both.

Following them to New York, Saki broke into their home and murdered Tang Shen in cold blood. When Yoshi came home and saw her dead, Saki took advantage of his shock and ambushed him, killing him as well. In the struggle, Splinter's cage was knocked over, freeing him. In revenge for killing his master and mistress, Splinter attacked Saki by leaping onto his face, biting and clawing at it, leaving it permanently scarred. In retaliation, Saki threw Splinter to the ground and attempted to kill him with his sword, but was only successful in cutting off the rat's ear before escaping.

In the aftermath, Saki stayed in New York, where he became a powerful crime lord. To hide his true identity, he dressed himself in large metal bladed armor and began calling himself "The Shredder". He also established the Foot Clan and trained young street thugs to be a part of it. He did this by providing them with various luxuries and warping their minds to think that he actually cared for them.

When he discovered that the news reporter, April O'Neil has information on his Foot, he orders them to find her and silence her. That plan failed when Raphael saved her from the foot and brought her to his home as the Foot follow and they discovered the Turtles lair. The Shredder then had them kidnapped Splinter and hires Danny to keep an eye on the Turtles. After the Turtles escape he was furious realizing that their fighting kept reminding him of something he remembered in the past.

When he discovered that the Turtles have returned due to a drawing of Leonardo he found on Danny's pocket, he decided to face them himself and took his foot with him.

After the Turtles have defeated the remaining Foot, the Shredder arrived and attacked each of them one by one. He defeats them with ease with Leonardo being the only one who puts up a fight. Just when he was about to kill Leonardo despite the other Turtles' surrender, Splinter arrives to fight the Shredder and explains to him that he knows he is Oroku Saki. The Shredder removed his mask and remembers what Splinter has done to him and said he will finish what he began with his ear. He charged at Splinter, but the mutated rat uses one of Mikey's nunchaku as a defense.

The Shredder attempts to kill Splinter by trying to stab him with a dagger, but the ninja master sent him falling off a roof into a garbage truck, saying that while death will come for everyone, Saki will die without honor. Casey then activated the trash compactor inside the truck, crushing the Shredder supposedly to death.

In the sequel, the Shredder survived, but with even greater scarring on his face and resumed leadership of the Foot Clan from Tatsu. He wanted revenge against the Turtles for his defeat and discovered the origin of his enemies by finding a canister containing a mutagen called Ooze.

He used the Ooze on a snapping turtle and wolf to create two mutant monsters, Tokka and Rahzar to kill his enemies. Unfortunately, they were infants before they were evolved which means that while they are much stronger than even Shredder, they also are overly childish and dimwitted in nature. Despite this and Shredder's annoyance towards them, they prove strong enough to beat the Turtles in a straight fight.

Later, the Turtles confront the Foot and defeat most of them. They also cure Tokka and Rahzar; reducing them to harmless pets. Shredder then arrives after they effortlessely defeat Tatsu, holding out the stolen canister of Ooze saying that he can still use it to make more mutants, until Keno (an ally of the Turtles) kicked the canister out of his hands. The Shredder however, still had a vial of Ooze with him and took a woman hostage, threatening to mutate her, if they followed him. The Turtles saved the woman's life by using high pitch soundwaves from a giant speaker to blast the Shredder through a window to the docks, but he survived and drank the vial, transforming into a powerful, destructive Super Shredder.

In a kamikaze attempt to kill the Turtles, he brings the docks down in rage. When Leonardo begs him to stop, he picks him up, tells him to be it, and throws him down to the ground as he didn't care that bringing the docks down will kill him too. Super Shredder continues bringing the docks down, which eventually crushes himself to death while the Turtles escaped into the water. This time he was dead for good as his hand lay lifeless after trying to re-emerge from the rubble. With Super Shredder's death, his conflict with the Turtles and Splinter was over and the deaths of Hamato Yoshi and Tang Shen were finally avenged. 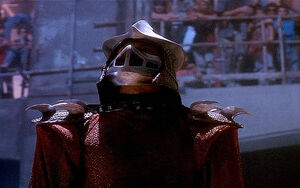 Shredder tells his students a new threat is upon them. 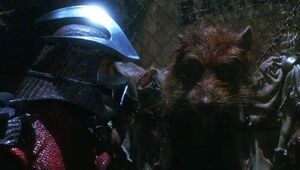 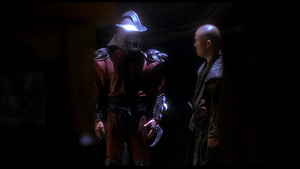 Shredder armed with his yari, ready to fight the Turtles. 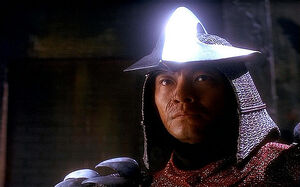 Shredder unmasked to reveal the wounds that Splinter gave him. 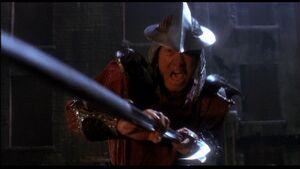 In a rage, Shredder decides to kill Splinter once and for all. 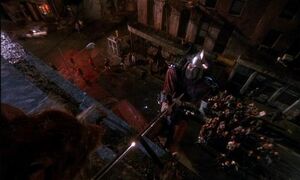 Splinter telling Shredder that his death will be without honour before his fall.

Shredder falling into a garbage truck leading to his supposed demise. 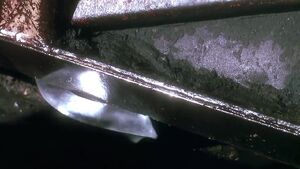 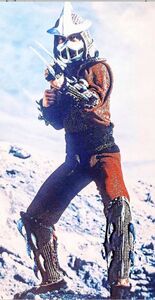 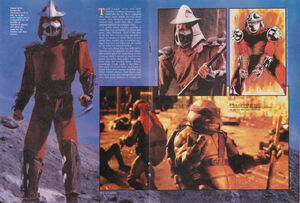 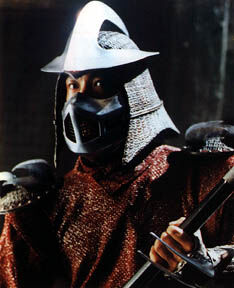 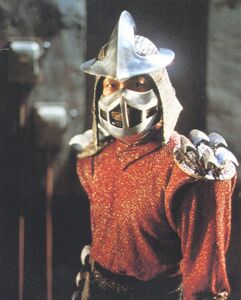 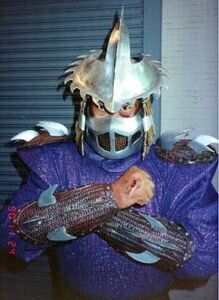 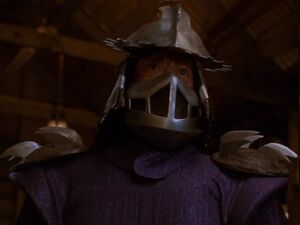 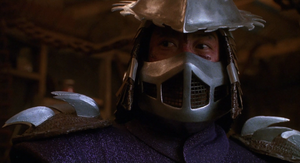 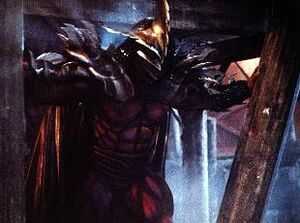 After drinking a vial of Ooze, Shredder transforms into a deadly, unstoppable Super Shredder who wants to kill the Turtles for good even if he dies with them.

Shredder killed for good after the docks' structure collapses on top of him. 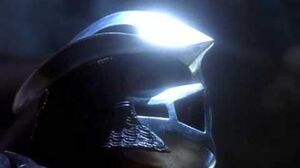 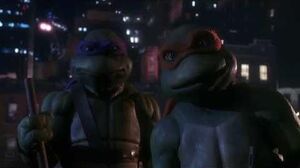 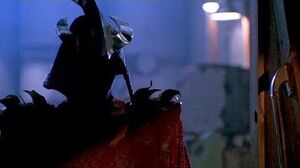 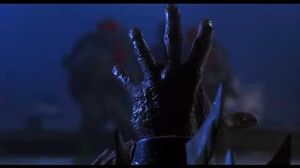