NOTE: This article is about the incarnation of Shriek from the 2021 film. The mainstream version can be found here: Shriek (Marvel).

Spread chaos and destruction (both succeeded).
To marry Cletus.
To kill Anne Weying and Patrick Mulligan (both failed).

In Love Mutant
Frances Barrison, also known as Shriek, is the secondary antagonist in the 2021 film Venom: Let There Be Carnage.

She was the girlfriend of Cletus Kasady and an inmate at the Ravencroft Institute who was imprisoned there due to her supersonic powers. She is archenemy of Detective Patrick Mulligan.

She was portrayed by Naomie Harris (in her first villainous role) as an adult and by Olumide Olorunfemi as a teenager.

When she was young, Frances Barrison was sent to a children's home called St. Estes Home for Unwanted Children, due to her mutant abilities. After seeing a young Cletus Kasady getting bullied by other kids, she took pity on him and scared the kids off with her sonic scream powers. The two would then bond as they grew up in the children's home, and they would form romantic chemistry.

In 1996, Frances was hauled off to the Ravencroft Institute due to her powers, much to Cletus' furious dismay. On the way, she uses her sonic scream powers to escape and attacks young police officer Patrick Mulligan. He shoots Frances in the eye and suffers an injury to his ear due to her scream. Unbeknownst to Mulligan, who believes he killed her, Frances was taken to the Institute, which is hardened against her powers, and was abused by the head doctor, Camille Pazzo. At that time, she was nicknamed "Shriek" by the staff.

Two decades after being separated from his girlfriend, Cletus had Eddie Brock run a coded message in the paper in exchange for his life story; to let Shriek know he intended to keep his promise to marry her. However, Venom quickly figured out the location of Cletus' victims from his cell drawings and the police exhumed them. After the discovery, Cletus was sentenced to death by lethal injection, which made Shriek scream in horror after reading the article.

Back at the Ravencroft Institute, Cletus Kasady breaks out of prison to free Shriek with the help of his new "friend" Carnage, in exchange for killing its parent, Venom. After Shriek used her power during the escape, Carnage threatened to eat her face if she did it again since symbiotes were vulnerable to high sounds to which Cletus warned her about for her safety. The three decide to make a “red wedding” for Cletus and Shriek. After kidnapping "witnesses" for the wedding, they planned on killing Venom, Eddie, and the cop who arrested Shriek.

Later, Cletus takes Mulligan hostage, and Shriek captures Anne Weying after she fails to find Eddie Brock. Shriek then goes on to give Dan Lewis information on Anne's whereabouts, and he, in turn, gives it to Brock. Cletus and Shriek planned to get married at a cathedral with a kidnapped minister, where Venom appears and fights Carnage. Shriek seemingly attacks and kills Mulligan with her sonic powers.

Venom attacked, resulting in Carnage and Cletus fighting them. During the fight, Carnage knocked Shriek around to Cletus' protests and killed the church priest to get more power. Eventually, Carnage grew tired of Shriek's presence and tried to strangle her to death, which caused Cletus to panic and try to prevent Carnage from doing so. As the fight with Venom reached the bell tower, Venom manages to rescue Anne in time and provokes Shriek to use her powers again; her sonic blast causes both symbiotes to separate from their hosts, but then Shriek falls to her death below as her scream dislodged the bell and crushes her. 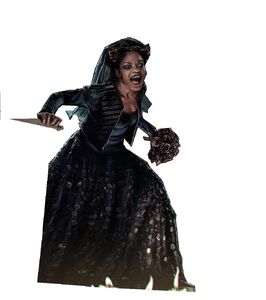 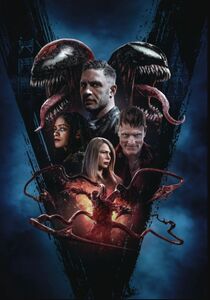 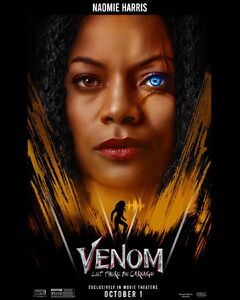 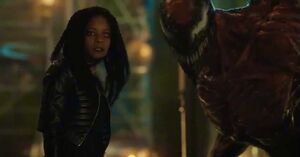 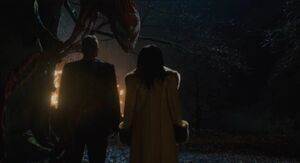 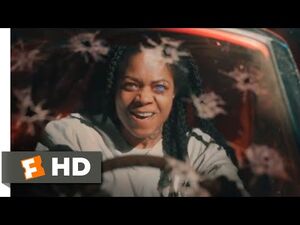 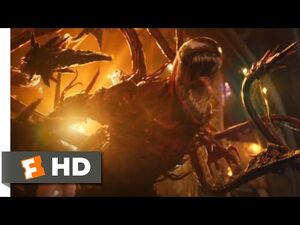 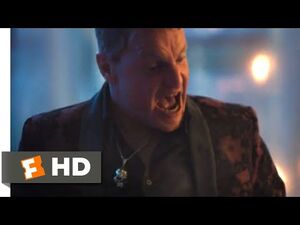 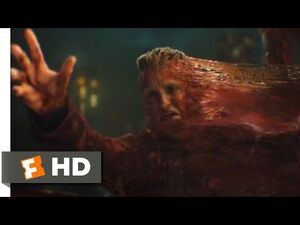 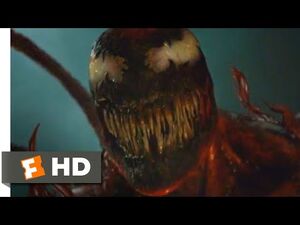