Carry out the orders of ZECT.

Get revenge against Kabuto.

Shun Kageyama was originally a member of Shadow under Sou Yaguruma's command and a good friend of his, sharing his philosophy of teamwork. After TheBee Zecter rejected Yaguruma and chose Kagami, Kageyama became the new user of the Zecter after Kagami relinquished it.

As the new Kamen Rider TheBee, Kageyama became the new commander of Shadow. As commander, Kageyama employed many methods that went against Yaguruma's beliefs of "Perfect Harmony", causing Tendou to see him as unfit to be commander and wield the TheBee Zecter. Kageyama also carried out several shady missions for Mishima, such as kidnapping Gon in order to blackmail Daisuke Kazama. However, Mishima also began to see Kageyama as unfit to be TheBee. After Kageyama was defeated by Yaguruma as KickHopper and lost the TheBee Zecter, Mishima had Kageyama fired from Shadow. Kageyama was approached by Yaguruma and invited to join his "hell", being given by him a Hopper Zecter that allowed him to transform into Kamen Rider PunchHopper. Kageyama accepted Yaguruma's offer and joined with his partner once more

The two set out for revenge against Kabuto, attacking him and Gatack in an abandoned factory. After the two were weakened by the activation of the 'Red Shoes' system, the Hopper Riders quickly defeated them.

After Rena Mamiya's human memories surfaced, Kageyama and Yaguruma attempted to kill her while she was disconcerted. The two almost finish off Rena, but Yaguruma hesitates at the last moment, buying time for Rena to saved by Kamen Rider Drake along with Gon. Kageyama later asks Yaguruma why he didn't kill her, to which Yaguruma states that he has indeed taken a liking to her. This along with Yaguruma's protection of Rena from the Subst Worm puts a strain on his relationship with Kageyama, as he believed it went against their beliefs of abandoning the light. However, when Yaguruma is knocked back by Rena after her personality as the Uca Worm resurfaces, he goes back to Kageyama and their brotherhood is repaired.

Kageyama later accepts a Worm identification necklaces from the Natives to use it in his mission. However, having accepted three Native necklaces, Kageyama is eventually mutated into a Native, forcing Yaguruma to put an end to his suffering by fatally wounding him with his Rider Kick. As Kageyama passes on, Yaguruma holds him and tells him that after all they've gone through, the two will always be partners.

Diend later summons Punch Hopper in the World of Decade to fight KickHopper. They fight and Kick Hopper appears to have the upper hand, but the result of the fight is not shown.

Kamen Rider PunchHopper was part of a group of reinforcement riders led by Akira Date/Kamen Rider Birth to aid the primary riders in defeating the Rock Great Leader. PunchHopper took part in the All Rider Break attack performed by all the Kamen Riders on their bikes which destroyed the Great Leader.

Kageyama, alongside Yaguruma, are unlockable characters after the game is cleared.

As either TheBee or PunchHopper, Kageyama uses a fighting style themed around punching attacks.

Kamen Rider TheBee's (仮面ライダーザビー) strong, heavily armored, but less offensive form resembling a beehive. This the default form until the rider rotates TheBee Zecter around the wrist to initiate the Cast Off! command.

TheBee's sleeker, faster, and more offensive form which morely resembles the wasp motif. In this form TheBee can initiate the Clock Up command to travel at near light speeds match the speed of Worms. By pressing a button on TheBee Zecter, the Rider Sting tachyon-powered punch is activated, allowing the user to pierce through a Worm with the stinger on the TheBee Zecter.

Unlike all of the other Riders in Kamen Rider Kabuto, the Kamen Rider Hopper Series Riders only have one form that they transform into. Kamen Rider PunchHopper (仮面ライダーパンチホッパー) has a black Acrida cinerea motif and by raising the legs on the Hopper Zecter, PunchHopper can jump high into the sky. By lowering the legs on the Hopper Zecter, the energy is concentrated into a tachyon-powered Rider Punch. The impact upon landing on the ground again powers up another punch. 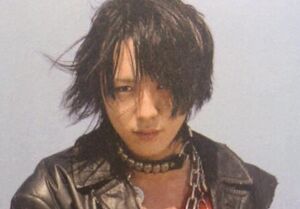 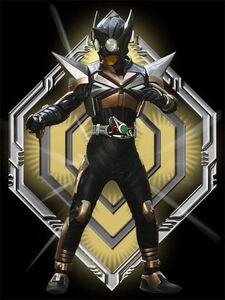 Retrieved from "https://villains.fandom.com/wiki/Shun_Kageyama?oldid=3122727"
Community content is available under CC-BY-SA unless otherwise noted.