Use the Saver System to wipe out the weak of Zawame City and leave only the strong.

Social Darwinist
Shura is the leader of Neo Baron and the main antagonist of the V-Cinema Kamen Rider Gaim Gaiden: Kamen Rider Knuckle. A former member of Team Baron, after receiving a Sengoku Driver from Kugai Kudo, Shura becomes Kamen Rider Black Baron and founds his own offshoot of Team Baron in Neo-Baron to spread his own twisted interpretations of Kaito Kumon's ideals.

He was portrayed by Ryusuke Nakamura.

Shura was originally a member of Team Baron until he got into a fight with Kaito Kumon and pulled a knife on him. After disarming Shura, Kaito kicked him out of Team Baron for pulling the knife, as he viewed that move as cowardly.

At some point after this, Shura met with the spirit of Kugai Kudo, leader of the Black Bodhi terrorist group, who handed him a Sengoku Driver to carry on his legacy. With his new powers, Shura founds the Neo Baron fight club after Kaito's disappearance and forces the members of Team Baron to join. Hosting fights at his club, Shura. While touting Neo-Baron as a memorial to Kaito's ideals, secretly the club was a cover to recruit people strong enough to execute the "Saver System" plan developed by Black Bodhi to wipe out the weak of Zawame City and leave only the strong. In pursuit of this goal. Shura gave out Pomegranate Lockseeds as rewards to victors of the fights he hosted in his club.

Shura was confronted by Zack after he returned from New York to investigate what happened to Team Baron. After Zack learns of his plans and escapes his club, Shura kidnaps Peko's sister Azami to lure out Zack. Zack soon shows up to face him with a Sengoku Driver given to him by Mitsuzane Kureshima. The two fight, but as Shura starts to lose, he calls in his Kurokage Troopers to back him up in his fight against Zack. However, the tide turns when Zack becomes Knuckle Jimber Marron Arms and defeats Shura. 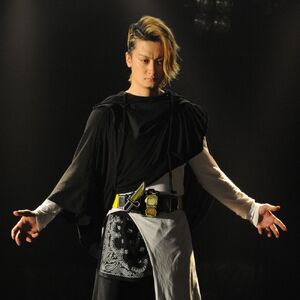 Shura with his Sengoku Driver. 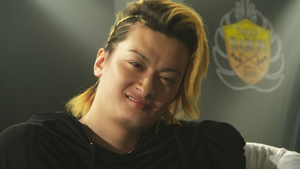 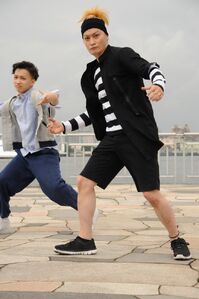 Shura as a member of Team Baron. 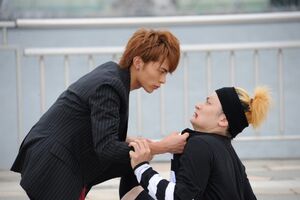 Shura being cast out of Team Baron by Kaito Kumon. 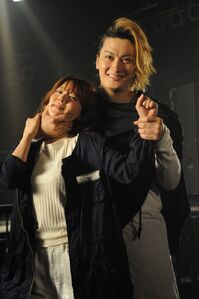 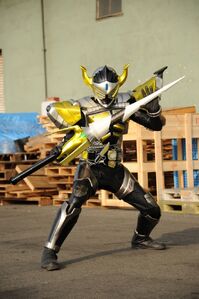 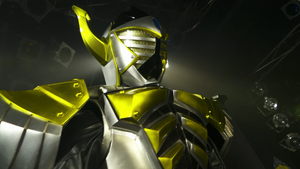 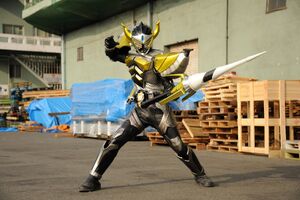 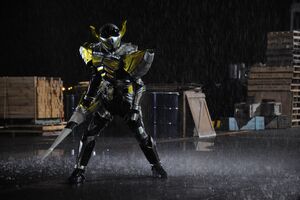