Siann, Mika, and Sora are three minor antagonists Mortal Kombat: Conquest, serving as the secondary antagonists of the episodes "Quan Chi" and "Flawed Victory". Siann also appeared as a supporting antagonist in ''Unholy Alliance'' and Mika as a major antagonist in ''Festival of Death''. They are femme fatales were also probably members of the dreaded cult of demons, sorcerers and assassins known as the Brotherhood of Shadow, which explains the insignia on the black sashes they wear.

The three, originally lifeless corpses that arre part of the Netherrealm, were loyal servants to Quan Chi who used his powers of sorcery to allow them to have a living form. Beautiful and skilled fighters, the three women were master manipulators and elite assassins. Despite their loyalty, however, Quan Chi often treated the three with less respect and even threatened to return them to their previous states if they failed or betrayed him, but thus far he has never made good on this threat with the implication that he wants to keep the women alive and well.

They performed many tasks for Quan Chi, making enemies out of Kung Lao, Taja and Siro, as well as Shao Kahn. Siann (and possibly Mika and Sora) was killed by Shao Kahn’s Shadow Priests.

The three women were joined by a fourth assassin named Cilene, who was later beheaded by Shao Kahn's Shadow Priests.

Mika is the leader of the trio and Quan Chi's favorite even though Siann is the strongest. 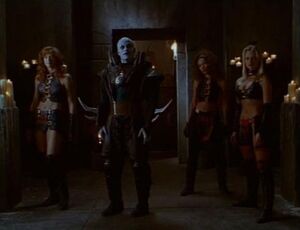 Quan Chi with his servants. 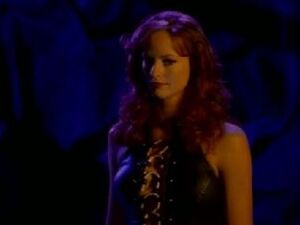 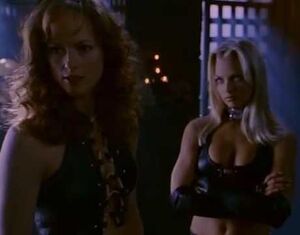 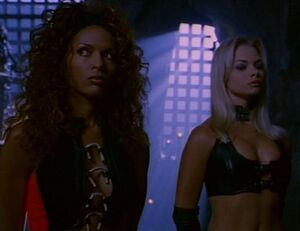