Despite being defeated and seemingly killed in Armada, Sideways returns in Cybertron to rejoin the Decepticons, later choosing to follow Starscream when he breaks away to form his own faction.

Sideways is an extremely deceptive individual (regardless of whatever faction he's on), and cares not for the reaction someone has when they realized he's been stringing them all along (a good example was when he betrayed Hot Shot, despite their earlier teamwork and seeming concern towards the latter's well-being). He is also known his sinister laugh.

Although he claims to be a drifter who wandered into the conflict and acting on his units best interests, in reality, he acted as a saboteur during their battles, giving neither faction a clear advantage. He aims to stoke the flames of their mutual hatred to fuel Unicron's revival and to keep both sides from uniting against his dark master.

The only one is he is completely loyal to is Unicron himself (a being who, even Sideways has showed a moment of fear to, when faced by his wrath). When the Mini-Cons were successful in defeating Unicron, Sideways became enraged and attempted to kill them, before being hit by the Requiem Blaster (shot by Optimus Prime). During his last moments, he stated that he'll have his revenge.

He is highly enigmatic, aloof, and prefers to use his Mini-Con head as to keep himself anonymous.

Personally, Sideways doesn't care about sides or factions (i.e. the Autobot/Decepticon unit) nor their cause, dismissing them as "petty labels".

Outside of Unicron's influence, Sideways displays a much more laid-back personality, often listening and singing to music in his free time. He is also shown to have formed a friendship with Soundwave. Although despite this jokester persona, the thought of his mission to avenge Planet X can cause him to become grim and serious.

Sideways' particular ability involves transforming into a motorcycle, with Mirror (the combined form of the Mini-Cons Rook and Crosswise) acting as the rider, making him one of the speedier characters introduced in the series.

He is shown to be well-versed in combat, he took down Cyclonus during his first appearance, and briefly held his own against the Decepticon tactician Thrust.

Though he may appear to be of average size and strength, Sideways himself admits that he can change his form and fight at any power level, and is nigh-invincible when using the powers of Unicron, such powers include: turning his body into a cloud of static, (being immune to most attacks, including the mighty Star Saber), another is the ability to generate amoeba-like nanobots to envelop his enemies. He can also generate a creature to use as his puppet (i.e. Nemesis Prime).

He can also eschew a body entirely, appearing on computer monitors (Sideways can also hack and disable security systems) or as a vision in the sky.

Aside from fighting, manipulation and coercion is one of his best tools, tricking several members of whatever faction, to do whatever he wants them to.

This version of Sideways is capable of flight (regardless of the form he's in) and can transform into a jet plane. He is also equipped with a shield on his left arm that's part of his body.

Along with his speed, Sideways has demonstrated good reflexes, dodging Optimus Prime's laser gun as he closed the distance between them the the final battle.

Despite his goofy nature, Sideways is surprisingly cunning and was able to ambush his enemies. Working together with Soundwave, they fought the Autobots to a standstill during the final battle. 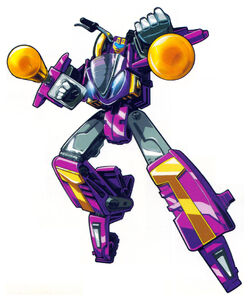 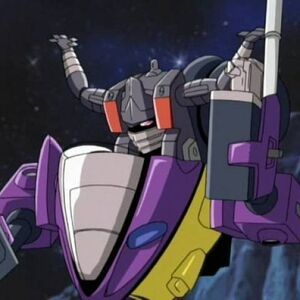 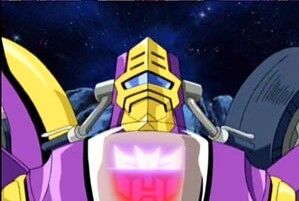 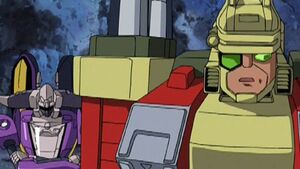 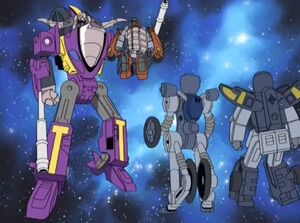 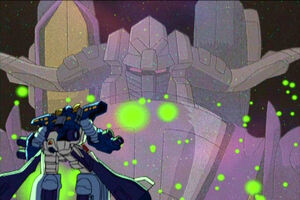 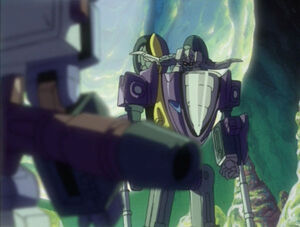 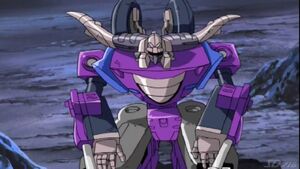 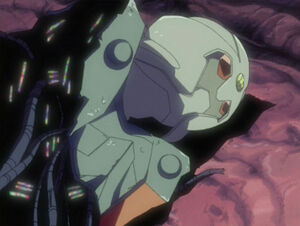 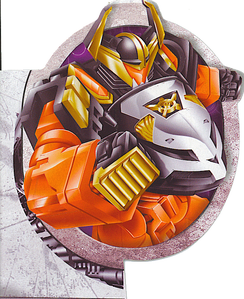 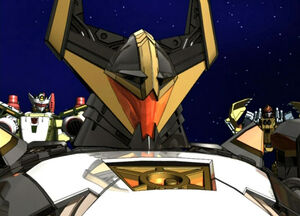 Sideways enters the fray in Cybertron. 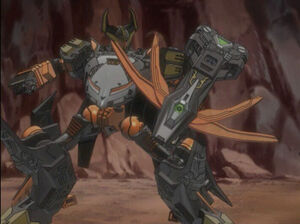 Sideways with his shield. 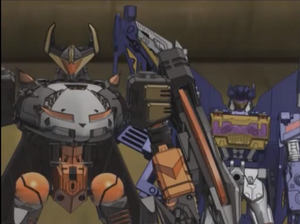