Use violence to obtain superiority for the Faunus.

Sienna Khan is a minor antagonist in the American animated webseries RWBY. She was a member of the White Fang who worked her way up to High Leader.

She was voiced by Monica Rial, who also voiced Tanya Degurechaff, Stocking and Belarus.

Sienna joined the White Fang under the leadership of Ghira Belladonna. She worked alongside Adam Taurus and Ilia Amitola, who did not share their leader's pacifist ways. During an incident involving the White Fang leadership being attacked by xenophobic humans, Adam attacked them and violently killed one of them. Though Ghira was horrified, Sienna commended Adam.

Shortly after, Ghira stepped down as leader of the White Fang, and Sienna became the new High Leader of the White Fang. Unlike Ghira, Sienna did not share his beliefs in peaceful protest and sought to have the Faunus be accepted as equals through fear and violence. Under her new direction and leadership, the White Fang adopted its more violent and aggressive behavior and became a militant group.

Later, she, Adam, and Ilia attacked a Schnee Dust Company building in a in act of terrorism. She and Adam overpowered the guards and Atlas soldiers, sadistically attacking them and employing ever more violent methods.

Before the events of the "Black" Trailer and Volume 1, Sienna sends Adam to Vale to become the leader of the faction operating there, promising him that he will one day stand by her side.

In "The Next Step", Salem instructs Hazel Rainart to attend a meeting with Sienna Khan, which had been arranged by Adam Taurus, and ensure she and the White Fang remain loyal to her cause; to which he complies.

In "Dread in the Air", Sienna is met by Adam and Hazel, who are seeking to have the assistance of the White Fang for an assault on Haven Academy and by extension a war on Humanity. Amidst her refusal, Adam's true aim for the meeting is revealed as he commits a coup, stating that most of the organization has started seeing him as the true leader of the White Fang. Sienna tells Adam that she would never follow him, but was impaled mid-sentence in the abdomen with his katana. Using the sword to lift and bring her closer, Adam callously thanked Sienna for her service to the White Fang and told her that the Faunus need him now.

After her death, Adam then instructed the mutineers present that Sienna was to be martyred, and to inform the rest of the White Fang and that she was killed by a human Huntsman. This act earned Adam contempt from Hazel, due to Adam omitting that he plotted a coup and Hazel seeing Sienna's death as unnecessary. Adam paid no mind to this, eager to wage war on humanity which would have been hindered by Sienna.

Sienna appears as a Legendary unit in RWBY: Amity Arena. She is a melee unit that can charge through and freeze enemies, while having considerable range. 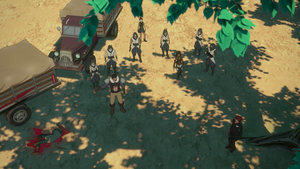 Sienna in the crowd of White Fang members as Ghira berates Adam for killing someone. 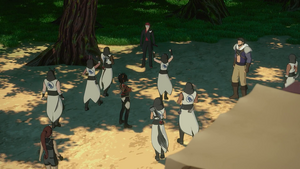 Sienna in the crowd of White Fang members hailing Adam as a hero. 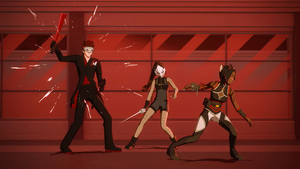 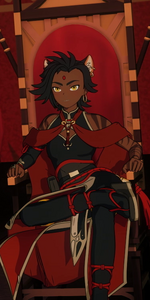 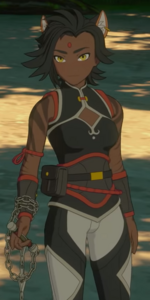 Sienna before becoming high leader of the White Fang 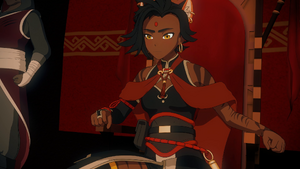 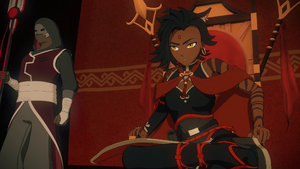 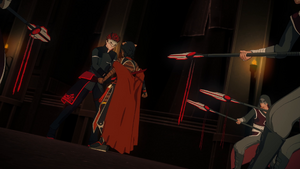 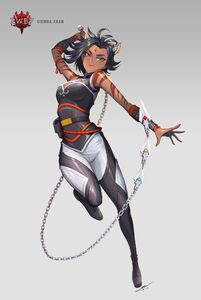 Sienna as she appears in RWBY: Amity Arena. 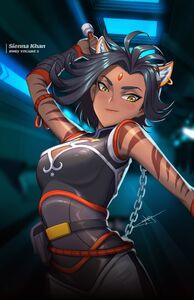 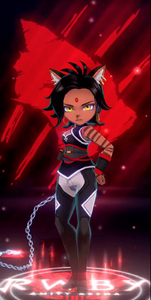 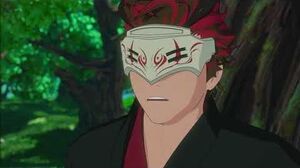