Villains Wiki
Register
Don't have an account?
Sign In
Advertisement
in: Video Game Villains, Terrorists, Doctors and Scientists,
and 14 more

Siebren de Kuiper, better known as Sigma, is an antagonist in the 2016 video game Overwatch, although he wasn't introduced until 2019. Once a successful Dutch astrophysicist, Kuiper gained the ability to control gravity at the cost of severe psychological damage from an experiment gone wrong and has become a scientist and human weapon for Talon.

He is voiced by Boris Hiestand.

Siebren was once a brilliant astrophysicist and scientist who sought to further understand how gravity works to find a way to harness gravity for everyday life. When his research on an international space station led him to accidentally opening a black hole and exposing Kuiper to its power, Siebren suffered serious psychological damage and the gravity around him began to flux peaking and dropping in response to his reactions. Siebren was returned to earth and imprisoned in a top secret facility where he would rave about the patterns of the universe and strange anomalies in the gravity around him would constantly appear. Soon his existence was discovered by Talon who proceeded to attack the facility he was held in and released him. Siebren, now known as Sigma, continued his research after being released by Talon, unaware that both he and his research are being used as weapons.

Sigma is eccentric, ambitious, and highly intelligent. However, due to his fractured mind, he often talks like a lunatic taking about a melody that only he can hear. Despite that, he still speaks in a curious or even cold tone of voice treating every event around him as an experiment.

Sigma suffers from split personality, which is demonstrated by his past self, who is "innocent" and oblivious to the crimes of his much crueler side. Then there is the terrorist, the dominant side, who behaves as explained above. However, there is also seemingly a third, who only appears very rarely. This third personality seems to be a merger of the other two, potentially being Sigma fully aware of himself. When like this, he is very soft spoken and courteous. 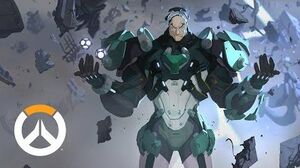 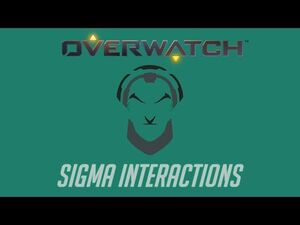