Manipulating others (alongside Gamma).

Artificial Intelligence Program Sigma (or better known as Sigma) is one of the main antagonists in the "Project Freelancer Saga" and the catalyst antagonist of Reconstruction of Red vs. Blue. He was developed for the Special Operations program Freelancer, originally assigned to Freelancer Agent Carolina but was given to Agent Maine in order for him to communicate. Sigma is a fragment of the Alpha A.I., specifically the Alpha's ambition and creativity.

He was voiced by Elijah Wood, who also played Kevin in the 2005 film Sin City, and Frank Zito in the 2012 remake of Maniac.

Role in the Plot

Sigma was one of many fragment constructs that were born from the degradation of the original Alpha A.I., sharding off Alpha's creativity, as explained by Freelancer Washington. He was assigned to agent Carolina during his time at Project Freelancer, but Carolina gave Sigma up to Maine, in order for Sigma to assist Maine's speech. During a Freelancer lecture class, Sigma states that he and Maine are both thankful for Carolina giving him to Maine, complimenting her skill without an A.I., as well as that of Tex. Sigma then takes great interest at the possibility of achieving the A.I. stage of "Metastability", in which an A.I. can, theoretically, be considered human. He puts together a "Meta" symbol out of a few separate A.I. symbols after the lecture ends.

Later, Freelancers North, South, Carolina, York and Washington are sent to attack an Insurrection base. After the group is overwhelmed by the Sleeveless Insurrectionist and Girlie's clever tactics, Washington sets out a beacon and Maine, as well as Sigma, are sent down via drop pod. Upon exit, Sigma notes the fact that those two soldiers were the ones from the freeway, who caused his injury saying "Agent Maine, isn't that the soldier from the freeway, the one that shot you in the throat?.".

Maine notices this with an angry growl, and Sigma sinisterly responds with "I thought so, sic 'em", sending the enraged Maine charging at the two specialists. While the brute fought the enemy, Sigma took the time to meet with his "brother" Delta, despite protocol dictating that A.I. should not come in contact with each other. However, Sigma justifies that, as the Director says, there is no protocol on the battlefield. Sigma then eerily tells Delta that they should stick together before rejoining Maine. This prompted York to comment that Sigma's behavior was creepy, a notion seconded by Wash.

Sometime after the mission, Wyoming and Maine are seen loading up their weapons in a locker room, aboard the Mother of Invention. Carolina storms inside and throws her helmet at the wall in anger. Sigma appears next to her and asks her if her training was beneficial. Carolina tells him that her results were not what she wanted. Gamma appeared soon after and both A.I.'s tell Carolina of Tex's A.I. Omega, who was said to be the most powerful of the A.I.'s. Gamma then further deceives Carolina by saying Tex wasn't as a good of a Freelancer without Omega being in her head. Carolina, getting an idea, walks off in order to confront the Director and Counselor.

During his conversation with Gamma and Carolina, Maine clutches his head in disorientation. Throughout a heated conversation between Carolina, the Director, the Counselor and Texas; Maine, Sigma, Gamma and Wyoming watch in the viewing room from above, with Sigma donning a smug look on his face. He later assists the Director, along with Gamma and Omega, in the torture of Alpha in order to create a new fragment. The Director then ordered the three to log off, but unbeknownst to the Director, Sigma stored himself in a nearby security camera to witness the final part of the A.I. fragmentation.

Afterwards, Sigma and Maine begin their rampage of A.I. units during the Freelancer break-in, led by Agent Texas. After the Mother of Invention crash lands on a frozen planet, Maine, now The Meta, approaches an injured Carolina and proceeds to forcibly steal her A.I. He then throws her off a cliff, much to Tex's horror. When Tex flees the situation, Sigma muses her while she runs stating that they are The Meta and they will find her soon enough.

Sigma was behind The Meta's rampage of fellow Freelancers and theft of their A.I. and equipment. Sigma believed that if it brought together the A.I. fragments then he would become the Alpha. This, however, ultimately didn't happen since Sigma, along with all the other A.I. captured by The Meta were destroyed in the EMP. His intentions if he had been given the chance to become the Alpha remain unknown.

Despite his physical form's death, Sigma still lives on as a memory inside of Epsilon; along with the other AI fragments as well. It is also revealed by Epsilon-Theta that Carolina is constantly having nightmares about Sigma; implying she still feels guilt over what happened to Maine.

Aside from being the creative aspect of the Alpha's personality, Sigma has shown himself to be a very cunning and manipulative A.I. whose behavior has (on multiple occasions) put his fellow A.I. fragments and other Freelancers at general unease. Using his influence over Agent Maine, Sigma convinced him to become The Meta as well as hunt down his fellow Freelancers and their A.I. fragments in order to recreate the Alpha. Due to the fact that this led to the deaths of numerous Project Freelancer personnel as well as the Project's subsequent shutdown, Sigma can be considered one of the primary antagonists of the Recollections and easily one of the most dangerous individuals overall.

Even before the events of the Recollections, Sigma was shown to be a very dangerous A.I., and he was immensely interested in achieving Metastability, in which an A.I. can theoretically be "considered human", no doubt foreshadowing his future actions. He (along with Gamma) also convinced Agent Carolina that Agent Texas was not as good of a Freelancer without Omega (who he said was the most powerful of the A.I. fragments) and was responsible for the implantation of her two A.I. and mental breakdown, showing that he is remorseless for his former implantee. Although Sigma considers the other fragment A.I. as his "siblings", he used The Meta to have them join him willingly or not, showing Sigma is remorseless to even his own kind.

While not showing outright disobedience during his time at Project Freelancer, Sigma has disregarded the protocols set for A.I. units. During the battle at the Longshore Shipyards, he freely communicated with Delta despite said protocols; later when he, Gamma and Omega were harvesting the Alpha's personality fragments, at the Director's orders, Omega and Gamma logged off without incident while Sigma stored himself in a nearby surveillance camera to secretly witness the next phase. 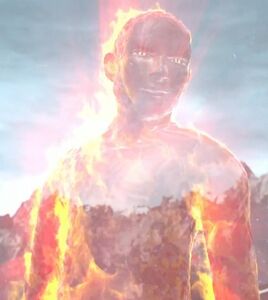 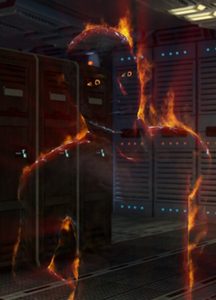 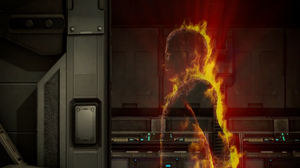 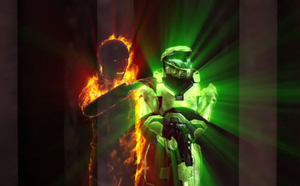 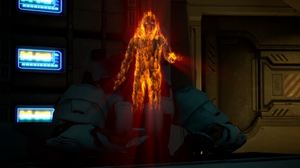 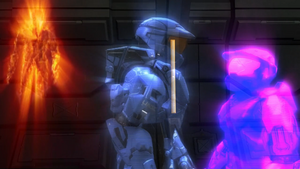 Retrieved from "https://villains.fandom.com/wiki/Sigma_(Red_vs._Blue)?oldid=3887800"
Community content is available under CC-BY-SA unless otherwise noted.