Mate with a suitable human and have an offspring at all costs.

Sil is a fictional human/alien hybrid that is the primary antagonist as well as the main protagonist of the 1995 sci-fi film Species. Technically she is not a true villain in the sense of being diabolical, but is rather a highly dangerous life-form that seeks to mate with a suitable human at any cost; human life is meaningless to her and as a result she is extremely violent and murderous by human standards.

Due to her childlike lack of understanding, Sil can be viewed as rather sympathetic. As far as conscious immoral actions and decisions are made by the film's characters, Dr. Xavier Fitch is more of the story's villain.

Sil incrise size at a fairly rapid rate; despite looking to be in her twenties she is, in fact a few months old. Because of this, her personality is somewhat childlike. Though she is violent, cunning and aggressive, there is a certain innocence and lacking of understanding about the world. She does not quite comprehend how society works, often doing things such as giving merchants too much money or blatantly telling men that she wants to have a baby. Her lack of understanding also gives way to her questioning her existence and purpose in the world.

Sil generally appears as an adult, human female in her twenties. She is considered attractive to human males and uses this to lure them to mate with her. However, she also has a more alien form that become prominent when she is pregnant and under attack. Her skin turns silvery and metallic, her eyes are large, black orbs and she has spikes on her back.

Sil was the product of communication between the SETI (search for extraterrestrial intelligence) program and an alien life form. The life form sent two messages: the first was how to create an endless fuel supply and the second a DNA sequence that could be combined with that of a humans. The scientists, believing this life-form was friendly, used the DNA sequence and impregnanted several human, female ovaries. Sil was the only successful of these experiments.

Despite this success, the team of scientists working with Sil, lead by Dr. Xavier Fitch, are perturbed by her biology and behavior. In a matter of 3 months she is able to physically age to that of a 12 year old human. In addition, in her sleep, Sil displays violent outbursts. Worried about the possibilities if Sil were to

become older, Dr. Fitch decides to terminate the experiment. Just as she is about to be killed, Sil escapes the test facility. Dr. Fitch amasses a team of scientists and a bounty hunter to find and kill her.

In the outside world, Sil seeks refuge on a train. Eating a great deal, her body morphs and encases her in a cocoon, which causes her to rapidly age into an adult. Killing a train attendant, Sil makes her way into the city of Los Angeles. In the city, she attempts to find a mate. She finds several possible mates only to kill them due to genetic defects, lack of interest or to evade capture by Dr. Fitch.

Sil eventually kidnaps a woman and fakes her own death by crashing a stolen car. Believing that Sil is finally dead, the search party stops tracking her. As a result, Sil disguises herself and seduces one of the scientists, Dr. Arden, and is successfully impregnated after he shoots his load in her. Killing Arden, she flees into the city sewers and gives birth to a child. The remainder of Dr. Fitch's search party track Sil down and kill her and the child with fire and a grenade launcher.

Because she is a hybrid, Sil posseses several powers that make her more powerful than most humans. She has the ability to quickly heal injuries. She is also stronger than the average human. In addition, she has tentacles and a projectile tongue that she uses to grab, pierce, and strangle those who threaten her. During the process of finding a mate, she is shown to be able to detect if someone has genetic issues that would be given to her offspring. Sil is shown to also have the ability to control the minds and actions of humans. Due to her alien biology, Sil is able to conceive a child shortly after mating, as seen when Stephen Arden finishes in her causing her to be impregnated with their son. 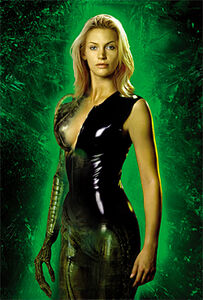 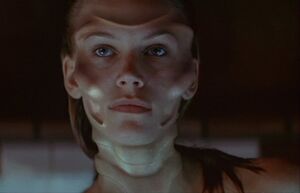 Sil shapeshifts into her alien form 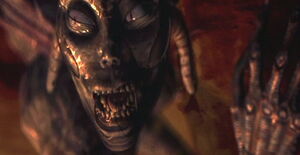 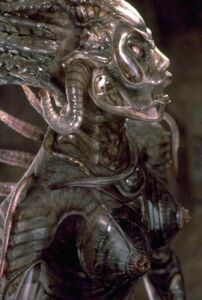 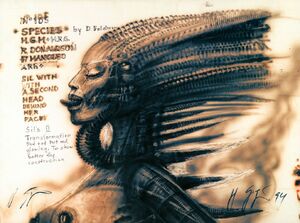 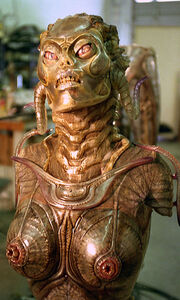 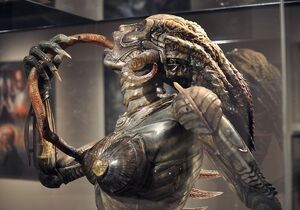 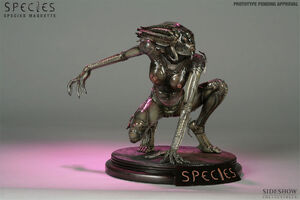 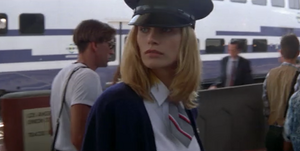 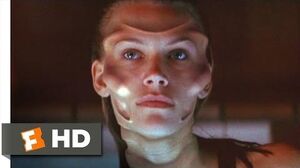 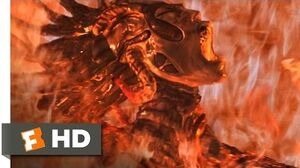 Species (10 11) Movie CLIP - Up in Flames (1995) HD
Add a photo to this gallery
Retrieved from "https://villains.fandom.com/wiki/Sil?oldid=4343715"
Community content is available under CC-BY-SA unless otherwise noted.