High-ranking member of the Beast Pack

Spinning
Making mannequins out of trash

Sillydillo is a minor antagonist in Kirby and the Forgotten Land. It's a high-ranking member of the Beast Pack and is tasked on capturing Waddle Dees and defeating/imprisoning Kirby and Elfilin in order to stop them from saving them. It's the boss of the penultimate world of the main game, Originull Wasteland.

Sillydillo is a comical, seemingly dimwitted character that's very clumsy. Despite its silly demeanor, it's a massive threat that can seriously hurt its opponents if they underestimate it. Sillydillo shows loyalty to Leongar, even helping Clawroline and the Beast Pack in reviving Leongar. It becomes an ally to Kirby with the rest of the pack after the events of the game.

Sillydillo was stationed in a cave at a desert where it set up a fake cage with an paper mache Elfilin doll to lure Kirby in. After Kirby entered, they engaged in combat where Sillydillo was defeated. It returns in Redgar in the Gathering of the Beast Council in order to battle Kirby alongside the other bosses, but fails yet again. After the Beast Pack broke away from the influence of Fecto Forgo, Sillydillo helped with reviving Leongar by bringing the pieces of his soul back to his body. After his revival, it's overjoyed alongside the other members of the Beast Pack and becomes an ally to Kirby and Elfilin after the events of the game. 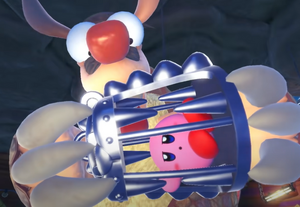 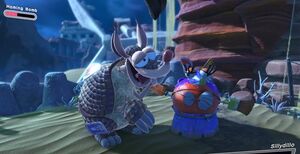 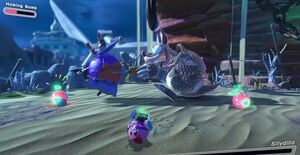 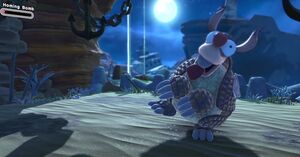 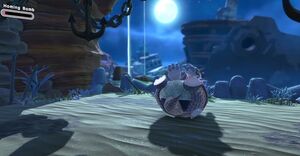