Owner of Silver Sable International
Leader of the Wild Pack

Honorable Mercenary
Silver Sablinova, better known as Silver Sable, is an anti-villainous antagonist from Marvel Comics. Native to the small European nation of Symkaria, she is a professional mercenary, the leader of the Wild Pack mercenary team, and the owner of the private military company Silver Sable Interntaional. She primarily appears as either an ally or enemy of Spider-Man, depending on the circumstances.

In the Ultimate Marvel universe (and also the non-canon Ultimate Spider-Man video game) Silver Sable is depicted as a completely callous and self-interested mercenary who will accept jobs from anyone. Though both iterations of the character do retain some of the 616 version's moral scruples (an unwillingness to hurt innocents for example) she is still a villain due to having no problem targeting and kidnapping Spider-Man simply because she was paid to. Made more egregious by the fact that, in the video game, even after Spider-Man risks his own life to save her from Venom, she still delivers him to Trask Industries where they perform experiments on him (briefly turning him into Carnage), and shows no remorse over this at all. All because she was paid.

In The Spectacular Spider-Man animated TV series, Silver Sable is a villain and the daughter of crime boss Silvermane. She does part of the fighting for him, battling Hammerhead, Spider-Man, and Rhino in "Accomplices". She is a skilled fighter, and totes a huge gun, a bolas, and shruiken as weapons, similar to her comic counterpart. Unlike her 616 counterpart however, she is nowhere near as competent, and is manipulated by Hammerhead in her last appearance in the show.

She is voiced by Nikki Cox.

In Spider-Man: The New Animated Series, Sable was a bounty hunter who teamed up with Kraven the Hunter to take down Spider-Man.

She is voiced by Mira Furlan.

In the video game Spider-Man:Shattered Dimensions, Silver Sable is after Juggernaut, the level's main villain. She and her Wild Pack attempted to capture Spider-Man as well as a secondary target, because there was a reward on his head. Unfortunately for Sable, her men are not only shown to be completely incapable of defeating either Juggernaut or Spider-Man, she also falls for Spider-Man's deceptions when he purposefully misdirects her and her men by removing the tracer on Juggernaut and throwing it away.

An alternate Silver Sable is one of several "Hounds" used by the Inheritor Verna to hunt Spider-Totems. She is killed by Superior Spider-Man.

Silver Sable appears as a major antagonist in the 2018 video game Marvel's Spider-Man by Insomniac Games. Much like in the Ultimate Spider-Man game and Spider-Man: Shattered Dimensions, she is hunting Spider-Man as a hired mercenary. 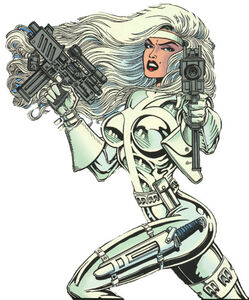 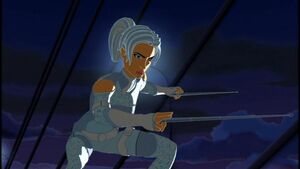 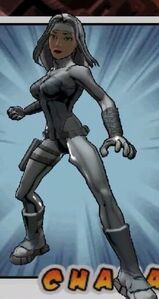 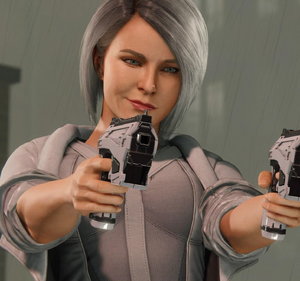 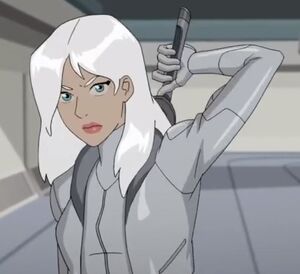