Villains Wiki
Register
Don't have an account?
Sign In
Advertisement
in: Outdated Articles, The Simpsons Villains, Lawful Neutral,
and 15 more

Simon Phillip Cowell (born October 7, 1959) is a judge from American Idol and the main antagonist of the Simpsons episode "Judge Me Tender" and the final antagonist from Season 21.

Simon Cowell meets Moe Szyslak and he decides to befriend him, Simon says to Moe not to be a bad judge like him, in fact, the people like Simon don't have friends, because of his rude character in judging people. Moe decides to congratulate a singer, but then it turns out that Simon has cheated him, in fact, Simon provokes him and Moe will be angry, then he will be kicked out of California.

He is voiced by himself, who also voiced a similar character called Henry, from the episode "Smart and Smarter". Also this character is arrogant and rude like the animated counterpart of Simon Cowell. 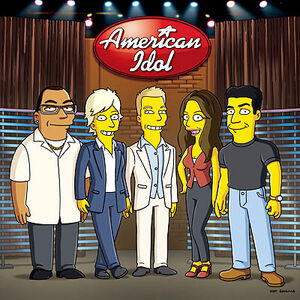 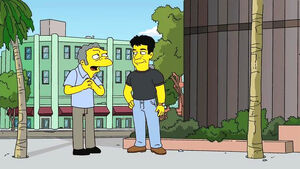 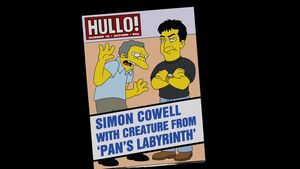 Simon Cowell with the creature from Pan's Labyrinth. 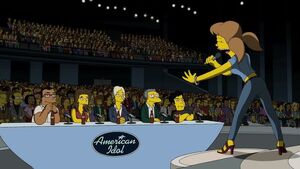 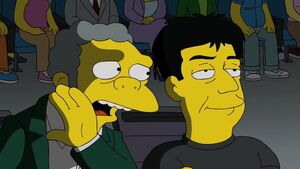 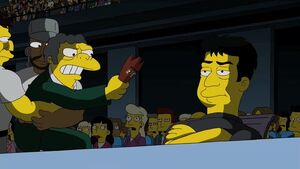