Simon Krieger is a villain in Marvel Comics, mainly an antagonist in the Iron Man comic book series, serving as the main antagonist of Iron Man: The Iron Age. He was the vice president of Republic Oil & Natural Gas who planned to ruin Tony Stark's reputation and takeover Stark Industries. He was also responsible for the deaths of Howard and Maria Stark.

Krieger and the Republic Oil & Natural Gas the company planned to buy Stark Industries and went to great lengths to sabotage the plant just to get Tony to sell it. He also hopes of Tony being poorly running the company after killing his parents.

However, after Tony proved to be capable of running the company, despite hiring the Saboteur to help him ruining the industry, Krieger tried to buy Iron Man, unknowingly that Stark is Iron Man himself. The Golden Avenger played along with Krieger's plans in order to find out what he's up to and prevented Stark to attend the meeting on the new Helicarrier, giving Krieger the opportunity to disguise himself as Stark and goes to the meeting in his place. With the help of hired mercenary group known as the Dogs of War, they successfully took the politicians hostage and nearly fooling both Happy Hogan and Pepper Potts. He went live on camera and demanded one hundred billion dollars for them in an attempt to ruin Stark's reputation in order to take over Stark Industries.

After turning off the cameras, Iron Man arrived and Happy Hogan was able to defeat the Dogs of War and turns on the cameras again to expose Krieger's unmasking. After Iron Man and Hogan defeated Krieger, he is sent to jail and is assassinated by an unknown individual hired by Hugh Jones.

Krieger appears as the main antagonist of the 2020 spin-off, he is the head of Research and Development at Roxxon and a greedy and callous businessman. 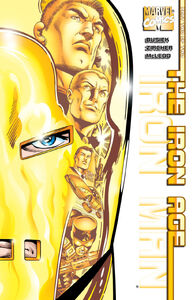 Krieger on the second issue of Iron Man: The Iron Age. 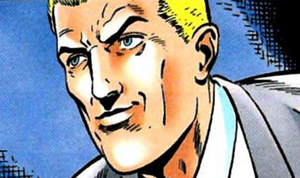 Krieger meeting with the board members of the Roxxon Energy Corporation. 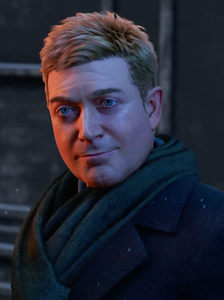