Deus.Ex.Machina Industries Board of Directors member

Authority over the DEM Military Forces.

Have his revenge for his arm torn off by Ellen.

He is one of the members of DEM Industries Board of Members that serves one of the main officers of Deus.Ex.Machina Industries and one of the people who participated in the DEM conspiracy to kill Isaac Ray Peram Westcott and Ellen Mira Mathers, and destroy Tenguu City.

He was voiced by Brian Mathis in the English dub.

After the Great War that was started by Isaac Ray Peram Westcott in Tengu City, the price of war was the cost of over 1 billion Pounds of the destruction caused by the war, and because of that Isaac Westcott caused a great whirlpool of hatred and anger among members the DEM Board of Members, including Roger Murdoch and Simpson. After the terrible event, Roger Murdoch voted to dismiss Isaac Westcott of the Managing Director of D.E.M Industries, without thinking twice, all members of the DEM Board of Members, including Simpson, voted to remove Isaac Westcott from the Managing Director post, however, Russell said that because that "the number of votes to dismiss was 0" the vote was canceled. Roger Murdoch and Simpson were furious with Russell and asked if he was making a joke or was "blindy", but Russell said he saw "the votes of number is 0"; not take long for all members of the DEM Board of Members who voted to dismiss Westcott had their arms torn out of them by Ellen Mira Mathers. Quickly the room was covered in blood and screaming 10 officers were echoed throughout the building.

After that, Isaac Westcott said he would deliver the D.E.M Industries for them after he finish his "fun", and told them to go to the infirmary while he said that was "ridiculous lose their arms like that, and they were the future the D.E.M Industries". After two days have passed, Isaac Westcott returned to Japan and all officers who had their arms torn off had their arms back after they did regeneration with Medical Realizers.

Roger Murdoch then creates a plan to kill Isaac Westcott. The Roger Murdoch's plan was to lauch the Satellite Humpty Dumpty n Tenguu city (where Isaac Westcott was), however, the result would be monstrous, the whole city would be destroyed and the entire population would be decimated. After Simpson heard Roger plan Murdoch, he was horrified by what he heard, however, he also hated Isaac Westcott more than anything and even helped Roger Murdoch to create a lie to mankind of what happened to the city Tengu; "a huge Spacequake hit Tenguu City and killed all the population and "unfortunately" the Managing Director of Deus.Ex.Machina Industries was also in the city".

However, the diabolical plan of Roger Murdoch failed and all of the members of DEM Board of Members who were part of the conspiracy were arrested for the rest of their lives. 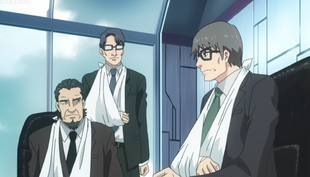 Simpson with Murdoch and other directors. 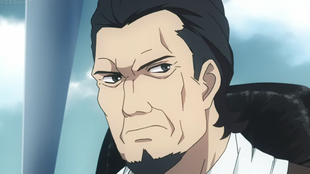 Simpson about to hear Murdoch's plan. 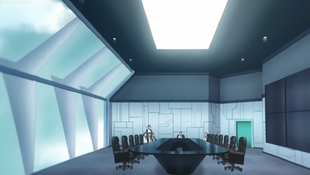 Simpson with Murdoch talking about the Satellite Humpty Dumpty. 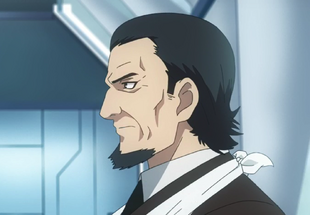 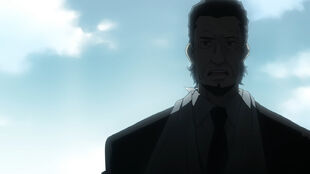 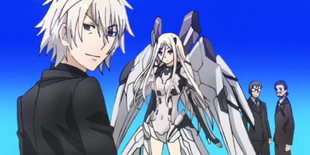 Simpson with Murdoch, Westcott and Ellen in the ending credits of Season 3.