World of Warcraft: Wrath of the Lich King

Sindragosa is a secondary antagonist of World of Warcraft: Wrath of the Lich King. She is the Queen of the Frostbrood, the elite sect of frost wyrms that serve the Lich King, and serves as a boss encounter in Icecrown Citadel.

Sindragosa was the last consort of Malygos before his fall to insanity. During the War of the Ancients, when Neltharian used the Dragon Soul to massacre most of the blue dragonflight, she was mortally wounded.

She tried to reach Dragonblight which most dragons go to die but she lost the ability to fly.  As she was dying she became filled with madness and hatred.  She felt hatred for the Burning Legion, Neltharian, and even Malygos.

She died in what is now Icecrown, where her body slowly decomposed to nothing but a skeleton, which was eventually frozen in the ice of Northrend, but before dying, she made a vow of vengeance.

Wrath of the Lich King

After thousands of years, Sindragosa finally returned as a slave to the hateful Lich King. She burst from the ice and rallied the undead soldiers in the frozen canyon. She then flew off into the distance, presumably to Icecrown Citadel.

She first appeared in-game in a flashback scene in which the player witnesses her resurrection. Her first real appearance did not happen until very later on into the game, shortly after the death of Scourgelord Tyrannus.

There, she slaughtered an entire army of Alliance or Horde soldiers (depending on who defeated Tyrannus). She then flew back to Icecrown Citadel, where she held control over the Frostwing Halls. Her final appearance in the game was the final battle between the player and Sindragosa, along with her henchmen - Spinestalker and Rimefang.

In the end, the three were defeated and the entrance to the Lich King's personal lair was opened.  Before she died, she mentioned being happy to be free of the Lich King, hinting she could finally have her eternal rest. 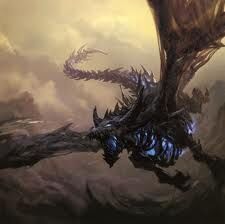