Singe the Dragon
Cinge (in the TV series)

Keep Princess Daphne to himself.
Stay on Mordroc's good side.

In the video game, his vocal sound effects were provided by Frank Welker. In the TV series, he was voiced by Arthur Burghardt.

Once Dirk enters the treasure room of his master Mordroc's castle, he finds Princess Daphne, sleeping locked in a bubble. Next, to her, Singe is sleeping. Daphne suddenly hears Dirk, startling her and causing her to yelp, waking up Singe.

When Singe sees Dirk, he breathes his fire breath at him. Dirk quickly moves away, hiding behind of a pile of gold. Singe, thinking he killed Dirk, goes back to sleep. Dirk returns to Daphne, who tells him that the key to releasing her is strung around Singe's neck, and the only way to slay the dragon was with a magic sword. Dirk finds the magic sword in a pile of gold, stuck in a diamond.

However, Singe wakes again and attacks Dirk, causing him to run away. Finally, Dirk finally gets the magic sword, throwing it into Singe, killing him. Dirk takes the key, releasing Princess Daphne from the cage. She jumps into his arms, kissing him on the cheek.

In the 1991 sequel Dragon's Lair 2: Time Warp, Singe's skeletal remains are found in the same treasure room at the beginning of the game.

In this CGI adapted game, Singe fully interacts with Mordroc, and aids him in kidnapping Daphne and fighting Dirk. 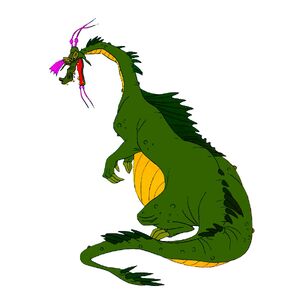 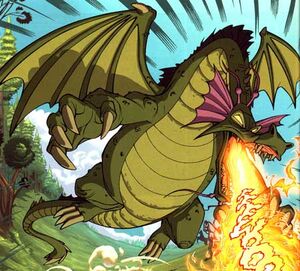 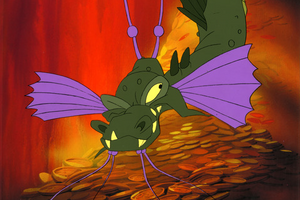