Terrorist
Meteorlogist
Founder and Head of the Prospero Project

Controlling the weather.
Using this ability to wreak havoc.

Seduce Agent Emma Peel (failed).
Use his machine to control the global weather (failed).
Manipulate and force the World Leaders and the governments across the world to buy their weather from him (failed).
Gain world domination and money (failed).

Sir August De Wynter is the main antagonist of the 1998 spy action comedy film The Avengers. He is a ruthless and sociopathic mad scientist whose expertise in weather founded the Prospero Project.

He was portrayed by Sean Connery, who also played Macbeth.

The ministry becomes determined to find the real culprit of the Prospero Project, which is an attempt to influence the weather. They send agents John Steed and Emma Peel to investigate and they pay a visit to Sir August De Wynter, a wealthy man who immediately takes a liking to Emma Peel. They later follow a lead to Wonderland Weather where Sir August kills two of his employees after they opt out of his operation. Suspecting De Wynter of being the mastermind behind the Prospero Project, Steed and Peel go to De Wynter's mansion but are attacked along the way by mechanical bees.

They manage to flee after being aided by another Ministry agent named Alice. Peel is captured by De Wynter and tries to escape, but finds herself perplexed by the mansion's ever-changing floor plan. She smashes her way through a window and Steed rescues her, while De Wynter has one of his accomplices knock Alice out during her attempt to find Peel.

Back at Steed's apartment, Peel is arrested by a corrupt Ministry official named Father. Steed visits Invisible Jones, a man inside The Ministry, to investigate the meaning of a map he had found at Wonderland Weather, realizing that Father works for De Wynter.

Meanwhile, De Wynter confronts the world's leaders and boasts that he is now in full control of Prospero and the world's weather. He claims that they will be forced to buy the weather from him or else he will use the weather's extreme conditions to kill millions of people, and they have until midnight to pay up. After Father perishes in a hot air balloon explosion, Invisible Jones determines that De Wynter is using the Prospero instruments on a secret island.

Steed and Peel travel to the island where Peel successfully defuses the Prospero device just as a hurricane forms over London. Steed locates De Wynter and they duel in the middle of a fierce storm, with Steed eventually stabbing the villain with his own cane. This serves as a conductor and soon enough, De Wynter is struck by a bolt of lightning and disintegrated.

De Wynter is an extremely intelligent, evil and insane megalomaniac who uses his skills and knowledge about science and the weather in order to "impress" people (albeit unsuccessfully). He is also shown to be a very manipulative and ruthless man, who holds very small sympathy only to women as seen in the film when he was with Emma Peel. 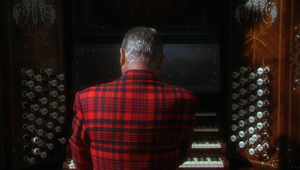 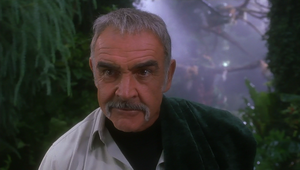 De Wynter in his greenhouse 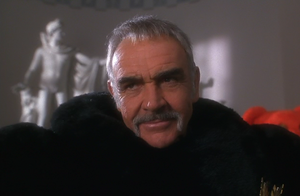 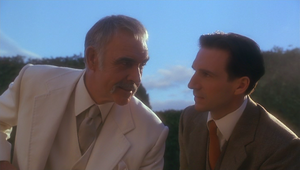 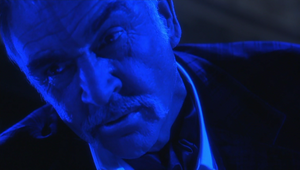 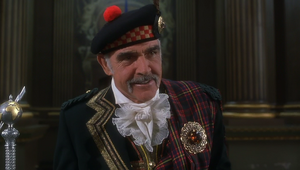 De Wynter reveals his intentions to control the weather 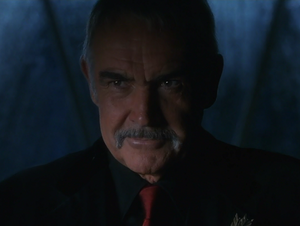 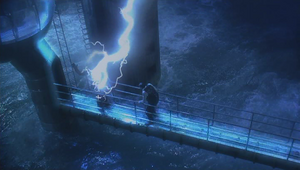 De Wynter being struck by lightning
Add a photo to this gallery
Retrieved from "https://villains.fandom.com/wiki/Sir_August_De_Wynter?oldid=3986073"
Community content is available under CC-BY-SA unless otherwise noted.