Axlerod as an explorer.

Axlerod blames Mater for the spill

“Allinoll is safe. Alternative fuel is always safe. There is no way that my fuel caused these cars to flame out!”

Axlerod surprised to see McQueen and Mater as the latter reveals to the Queen and Scotland Yard that he knows who is sabotaging the WGP.

Axlerod feigning shock when Mater accuses him of being the leaders of the Lemons.

Axlerod trying to claim to everyone of Mater being crazy.

Axlerod angrily ordering Mater to stay away, thus starting to show more of his true nature.

"Disguised voice? What are you talking about?! You're nuts, you are!"

Axlerod trying to continue playing innocent as he starts losing his temper.

“Keep away, you idiot!” - Axlerod’s breakdown

Axlerod realizes that he accidentally exposed himself 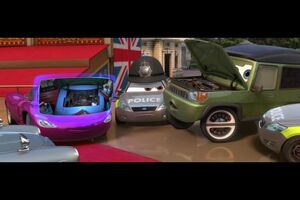 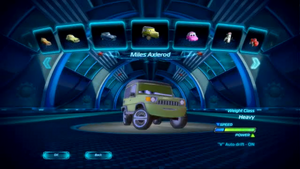 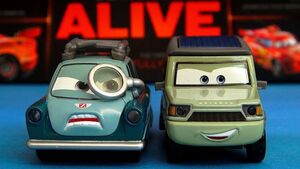 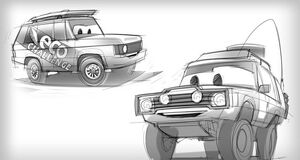 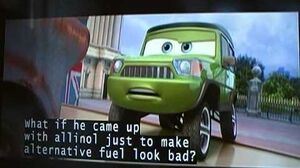 Cars 2 Miles Axlerod Defeat
Add a photo to this gallery
Retrieved from "https://villains.fandom.com/wiki/Sir_Miles_Axlerod/Gallery?oldid=3744289"
Community content is available under CC-BY-SA unless otherwise noted.