To take over Hell.

Sir Pentious is one of the major antagonists of the 2019 adult animated musical series Hazbin Hotel created by Vivienne Medrano, also known as VivziePop. An inventor and a snake demon, he is Cherri Bomb's arch enemy as both of them are constantly locked in turf wars over new territory after the exterminations.

He is voiced by Will Stamper.

Sir Pentious was a brilliant Victorian-era inventor and super villain, having died in 1888. His main goal is to gain complete control of Hell, even though there are times where his attempts failed. Being an inventor, Sir Pentious has expertise with building and working with machines and devices. He does have an army of minions (like Charlie's Razzle and Dazzle) known as the Egg Bois, which were created by him and an unknown character.

In the official pilot of the series, Sir Pentious arrives to destroy numerous buildings to claim territory. He later confronted the one-eye demon Cherri Bomb before fighting her and Angel Dust (another demon and an ally of the latter) in a tremendous battle with the Egg Bois, his minion. The snake demon also attempted to destroy Alastor the radio demon when Sir Pentious arrived in front of him, Charlie and her group at the hotel. However, Alastor summons shadow tentacles and smashes Sir Pentious and his ship, causing it to blow up and having casualties among his minions. 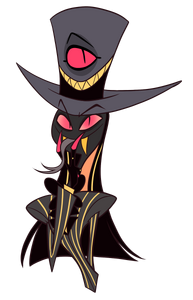 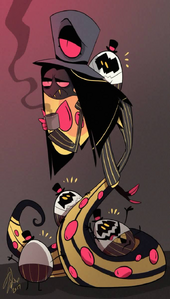 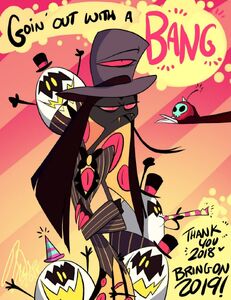 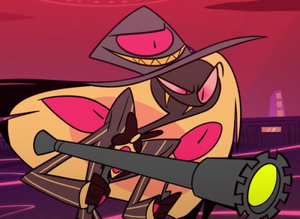 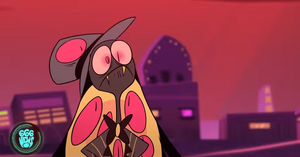 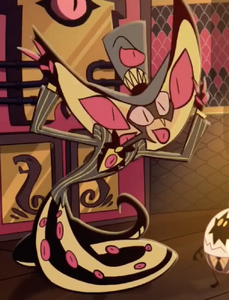 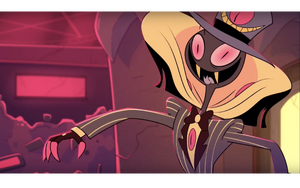 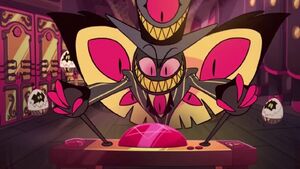 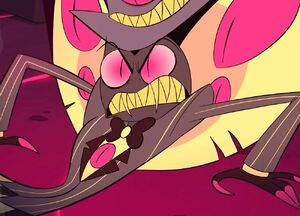 Sir Pentious' furious glare and breakdown.
Add a photo to this gallery
Retrieved from "https://villains.fandom.com/wiki/Sir_Pentious?oldid=3510124"
Community content is available under CC-BY-SA unless otherwise noted.