Sir Percy Ware-Armitage is the main antagonist in Those Magnificent Men in Their Flying Machines, or How I Flew from London to Paris in 25 hours 11 minutes.

He was portrayed by Terry-Thomas, who also voiced Sir Hiss in Disney's Robin Hood.

Sir Percy Ware-Armitage hears about an air race between London and Paris with a huge cash prize, organised by Lord Rawnsley, and enters, implying that he is willing to do anything to win, saying to his competitor Richard Mays' fiancée, Patricia Rawnsley that he "never leaves anything to chance". He cheats at every opportunity during the race, frequently bullying his henchman/driver Courtney into sabotaging other racers and bribing sailors to sail with his plane across the English Channel. Percy personally sabotages a wheel on the plane of the American competitor Orvill Newton (possibly in retaliation to Orvill causing Percy to crash his own plane during a practice session in the nearby sewage farm) and drugs a glass of wine drunk by the original Prussian competitor, Captain Rumpletross (indirectly, since his intended target was the Japanese pilot Yamamoto), causing the incompetent Colonel Manfred von Holstein to take his place. Ware-Armitage loses when he is blinded by smoke from a train and his plane gets caught between two carriages. Frustrated, Percy runs towards the steam engine asking the driver to stop the train, but notices the train is entering a low tunnel. He manages to duck in time to save himself, but his plane is destroyed.

In the subsequent film Those Daring Young Men In Their Jaunty Jalopies (AKA Monte Carlo or Bust) (1969), Percy's identical son, Cuthbert Ware-Armitage (also played by Terry-Thomas), appears to take part in a road race to Monte Carlo, behaving in an equally nefarious fashion, and employing a henchman, Perkins, identical to Percy's Courtney (both portrayed by Eric Sykes).

Note that in 1967, Terry-Thomas played an almost identical character, Captain Sir Harry Washington-Smythe, in the independently produced Jules Verne's Rocket to the Moon, a film designed to exploit the considerable success of Those Magnificent Men.... The film was distributed by American International Pictures in the United States. 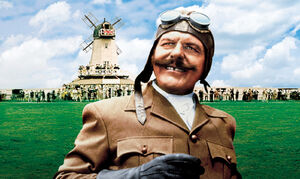 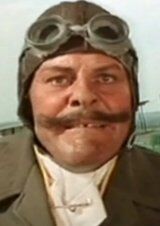 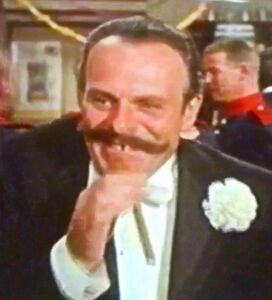 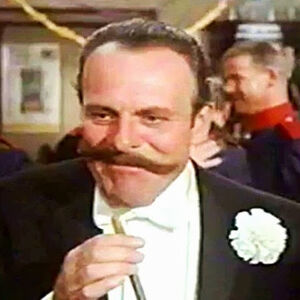 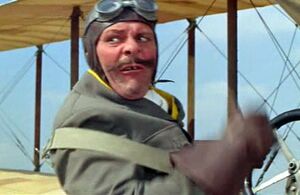 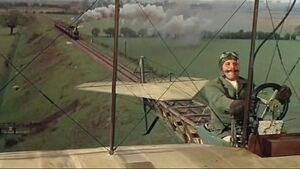 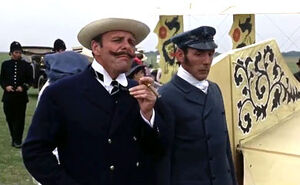 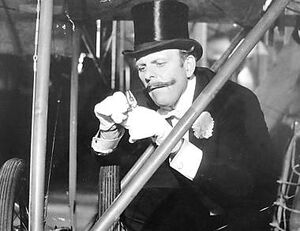 Add a photo to this gallery
Retrieved from "https://villains.fandom.com/wiki/Sir_Percy_Ware-Armitage?oldid=4338441"
Community content is available under CC-BY-SA unless otherwise noted.