Sird (Japanese: サキ Saque) was one of The Three Beasts of Team Rocket in the FireRed & LeafGreen chapter of the Pokémon Adventures manga. In the Diamond & Pearl chapter she was revealed to be one of the Team Galactic Commanders.

She first was seen as a silhouette in the Hoenn region with Giovanni, Carr and Orm. They recovered remains of the Blue and Red Orbs, which have been turned into a Ruby and Sapphire, after the battle between Groudon and Kyogre.

She was also responsible of the release of Archie and Maxie and gave them and armor and sword of unknown, mythical origin, probably without Giovanni and the others knowing it.

In her first appearance, Sird worked with Giovanni and the other Beasts on the Sevii Islands and fought and defeated Lorelei on Seven Island.

Later, she fell from Team Rocket's helicopter after it was taken over by Carr, but she (unlike Orm) survived. She later tried to catch Deoxys by disabling it with an energy beam launched from her PokeBall (later on revealed to be Darkrai being unleashed), but was foiled when Red, Green, Blue, Yellow, and Silver (along with Mewtwo) used their bodies to block the beam from Deoxys, who escaped. However, to their surprise, the five Pokédex holders' bodies were turned to stone as a result. Having one of Lorelei's ice cuffs pinned and rapidly expanding from her left leg before she attempted the capture, she fled after remarking that this new gain is nothing short of capturing Deoxys as she had intended.

Later, after the climax of the battle against the evil Guile Hideout, Archie reveals that Sird temporarily saved his and Maxie's lives just as they were about to be killed while fleeing in an air-car, at the end of the Ruby & Sapphire chapter. The means that she did this are unknown.

She offered him and Maxie the armor and sword that would later transform Archie into Guile Hideout, claimed they would give eternal life, but said that there was only one armor so they would have to fight to the death to see who would gain the armor, with Archie winning in the end. Strangely enough, after she gave the armor to Archie, she quoted Veilstone's Myth, which similarly refers to a man with a sword. Also worth noting is in a flashback from Crys, before Archie and the armor vanished, when she asked who was behind it Archie muttered out 'It was...', the first few syllables of Galactic, as in Team Galactic, possibly meaning Sird is part of or has some connection to the team.

It is largely unknown what else Sird has done, but recently, she has appeared to take part in the battle of the Spear Pillar, talking with Jupiter and sporting a new Galactic-styled uniform. She still has problems with the injuries she suffered because of Lorelei.

It's revealed that she only helped Archie or worked with Team Rocket as an undercover mission for her boss Cyrus, in order to investigate about Pokémon from the outer-space, namely Jirachi or Deoxys. After her first encounter with the Dex-Holders, she became obsessed with the Pokédex so she brainwashed the Cloaked Grunt in order to get one.

As she is explaining all of this to Jupiter, Mars, and Saturn at Mt. Coronet, Riley appears and engages her in battle. She easily avoided all of his attacks and was able to escape along with the other Commanders. Sird released Darkrai into the Distortion World, due to it being uncontrollable.

Sometime after Team Galactic's defeat, it is not known what happened to her. 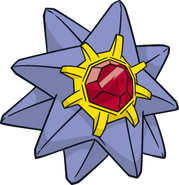 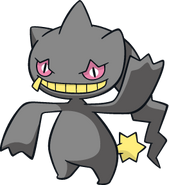 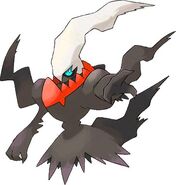