Sirius is the initial helper of Bomberman and later the main antagonist in the video game Bomberman 64. By collecting 100 Gold Cards and then defeating Altair, Sirius' true intentions are revealed, with the secret final area opening up serving as his domain.

Sirius was once the emperor of a planet who possessed a powerful item called the Omni Cube that gave him great power. However, a band of mercenaries that consist of Altair, Artemis, Orion, and Regulus stole the Omni Cube from him and used it to conquer planets.

Powerless without the Omni Cube, Sirius found someone who could help him restore his power: Bomberman, of Planet Bomber, which was experiencing its first invasion, by Altair. Sirius pretended he was a good guy and helped Bomberman fight against Altair several times, giving him remote bombs to fight Altair's monsters, Draco, Leviathan, Hades, Mantis, and Cerberus. He also made up stories about his life to Bomberman, saying that his home planet was destroyed by Altair and that Altair killed his brother and sister.

At Stage 2 of Green Garden, Bomberman had to fight Sirius, who wanted to test him and see how powerful he had become.

After Bomberman defeated Altair, Regulus, Altair's only surviving associate, tried to save him, but both were knocked down by Sirius. Regulus fell over the edge. As Altair fell, he dropped the Omni Cube, and Sirius took it back and absorbed its power. He then kicked Altair into the air and vaporized him with an energy wave. He then revealed his true nature to Bomberman and threatened to destroy Planet Bomber.

Sirius flew to Rainbow Palace, where Bomberman eventually fought him. Sirius transformed the arena using the Omni Cube. He attacked by flying across the arena and shooting laser beams, which Bomberman can avoid by standing at the northmost or southmost part of the arena. After taking enough damage, Sirius attempted to kill Bomberman in the same way as Altair, but Regulus knocked him out of the way and destroyed the Omni Cube. Bomberman and Regulus teamed up and fought Sirius, and in the end, they killed him.

He fell through space, sparking and flashing different colors while blue and orange beams of light came from him, and he exploded into shards of glass - easily the most elaborate and unique death scene in the game.

If a player beats Sirius and watches the true ending of the game, during the credits scene, outtakes are shown for the four minibosses as Bomberman fights them. For Sirius in Green Garden, he hits the edge of the arena as he is flying in and falls into the water. 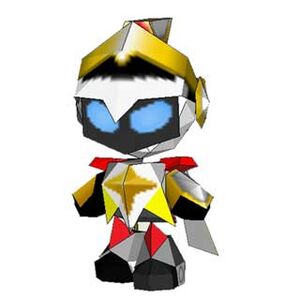 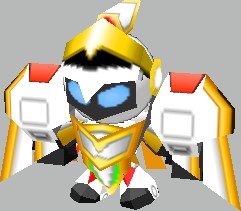 Retrieved from "https://villains.fandom.com/wiki/Sirius?oldid=3601405"
Community content is available under CC-BY-SA unless otherwise noted.