Taking pleasure in Honey's suffering.
Having her subordinates doing her bidding.
Turning women into monsters.
Terrorizing the world.

Make Honey Kisaragi suffer and kill her.
Steal the gold Buddha statue.
Destroy civilization out of fear and sadness.
Use Honey to gain eternal youth.
Use women as a fuel source for her Jill Tree to spread her influence around the world.

Sister Jill is the central antagonist of the Cutie Honey franchise. She is the second-in-command of the Panther Claw and the younger sister of Panther Zora. She is two of the archenemies of the titular protagonist, Honey Kisaragi, as well as responsible for killing her father, Dr. Kisaragi.

Sister Jill is the pet panther of Panther Zora who has the power to transform into a human through her master. She was originally the leader of the Panther Claw but retconned as a field leader and right-hand woman of the organization while serving directly under Panther Zora. She mostly serves as the main enemy to Honey when Panther Zora isn't present.

Sister Jill is a cruel, vicious, sadistic, arrogant, greedy, and yet loyal servant and right-hand woman of Panther Zora. She'll do whatever it takes to please her master and has complete authority over other subordinates, often threatening and punishing them, or even follow her orders or even following the same fate. In the original manga and 1974, she was shown to admire jewelry and tries to steal a golden statue.

She also has romantic feelings for Honey, often showing to be quite lustful in the original manga and openly saying how beautiful Honey is. But she ashamed of said feelings to act out on them.

Sister Jill first appears in the manga killing Dr. Kisaragi, the father of Honey, who vows to average her father by stopping Jill and her forces. Sister Jill goes to confront Honey after the latter interfere with her plans. After she avoided the Panther fighters, Honey encounters Jill in a dark room. She introduced herself and plans to take the Airborne Element Fixing Device for herself. Honey angrily attacks Jill who struck down her with her whip. After their battle, Jill sents a Panther robot to attack St. Chapel Academy. After Dragon Panther supposedly kills Honey by burning her to death, Jill angrily scolds her for Honey had the device in her body. When she tries to fight Jill, the latter controlled Dragon Panther to commit suicide and threatens to the remaining members if they rebel against her.

After they returned to Panther Claw and displeasing their master Panther Zora unable to retrieve the device from Honey, Jill sets her sight on a golden statue Buddha that was owned by the professional wrestler Paul Tamamoto and plans on stealing it. When Jill was able to steal the golden statue, it revealed to be Honey in disguised as the statue when she also disguised herself as Tarantula Claw to lead Jill inside a room. However, Honey's device was malfunctioning and was completely naked, to which Jill was a bit attracted to her figure. Honey attempts to use her Honey Flash and fought Jill. Honey disarmed Jill's whip with her Honey Boomerang with the latter whipping herself. But Jill took her whip and attacked Honey. When she was about to kill her, Honey impales Jill with her sword through the latter's mouth by using her foot as leverage. After learning of Jill's death, Panther Zora was displeased and cursed Honey before disappearing along with her fortress.

Thirty years later, Sister Jill returns as a panther and mauled one of the guests at the Panther Disco. She recruits the Panther Claw members and plans her revenge against Honey. With many of her attempts ending in failure, Jill confronts Honey herself by creating a worldwide panic with the help of Panther Zora. When Honey appeared, she began her battle with Jill. The panther gains the upper hand having more than one body to use and by using her panther form. Supposedly killed Honey by setting off explosives that killed many people, Jill rejoiced until once again impaled by Honey's armor. However, with Jill being immortal, Honey was prepared for her next battle against her.

Sister Jill appears as the secondary antagonist and has some differences from her original manga counterpart, one being that she doesn't transform into a panther when she died. Jill would commonly have the members of Panther Claw to either tried to kill Honey, steal the Airborne Element Fixing Device or any other crimes.

Sister Jill appears as one of the main antagonists and an executive member of the Panther Claw organization.

Sister Jill is the main antagonist of the 2004 film adaptation. Unlike her original counterpart, she is not a prototype of Honey and desires to obtain the Airborne Element Fixing Device to become an immortal.

Sister Jill appears as the main antagonist of the 2004 manga and a prototype of Honey. Unlike some of her other counterparts of being greedy and desire for power and eternal beauty, she is an emotionless android and shows a lack of remorse. Her reasoning for obtaining the Airborne Element Fixing Device was because of orders from her butler, Dr. Lawrence Hell.

Sister Jill appears as the main antagonist of the 2004 OVA and the leader of Panther Claw and a failed prototype of Honey and was shut down before she was reactivated.

Sister Jill appears as the main antagonist of the 2017 live-action film and is the cruel and stoic ruler of the city and an advanced A.I. android like Honey.

Sister Jill appears as the secondary antagonist of Yuu Okazaki's adaptation of Cutie Honey and is the second-in-command of the Panther Claw organization.

Sister Jill appears as the main antagonist of the 2018 anime adaptation and leader of Panther Claw. She disguises herself as Inspector Genet and working as an ally to Honey. 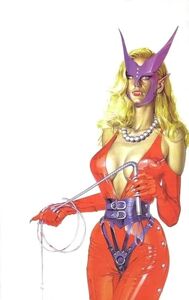 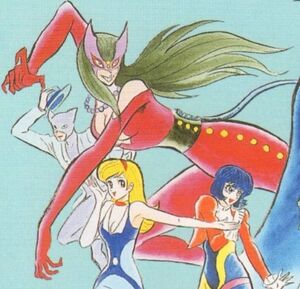 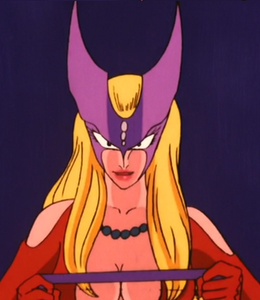 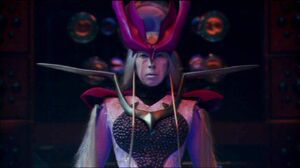 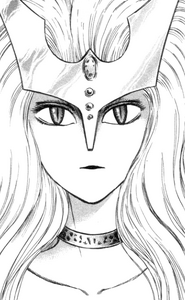 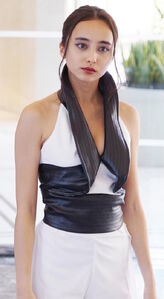 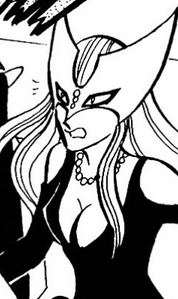 Yuu Okazaki's adaptation.
Add a photo to this gallery 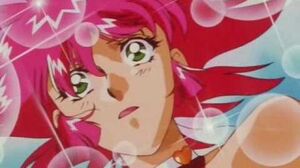 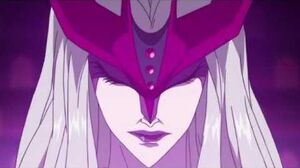 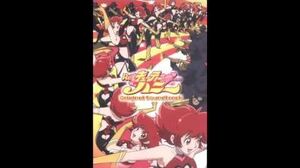 Re Cutie Honey OST - 10 Sister Jill
Add a photo to this gallery
Retrieved from "https://villains.fandom.com/wiki/Sister_Jill?oldid=4337026"
Community content is available under CC-BY-SA unless otherwise noted.