Torturing their victims with hallucinations and mind rape

Cause as much chaos and death and destruction as possible.

Release the Dark Judges from the Void, hell and create 'Necropolis'.

The Sisters of Death are a pair of undead spiritual beings in the 2000 AD comic strip Judge Dredd. They come from Deadworld and are the beings that are responsible for the creation of the Dark Judges. The Sisters are Nausea and Phobia. Later strips introduced their 'cousins' Dementia, Ephemera and Pustula.

The Sisters were a pair of insane young witches who, like Judge Death, had a fascination with death. They also enjoyed torturing and cannibalising their victims. When they were found by Judge Death (Sidney De'ath during that time) hiding out in a cave after killing numerous people, Sidney fell in love with them and later letting them perform a dark ritual on him, turning him into an undead abomination now known as Judge Death. They proceeded to do the same thing to Judges Fire (Feugo at the time), Fear and Mortis and most likely done the same thing to themselves.

The Sisters were the mastermind behind Necropolis. Firstly they possessed a young woman named Xena who had fell in love with Judge Death and made her kill her husband, allowing the Sisters to gain access to Mega-City One from Deadworld. They then proceed to take control of Judge Kraken (who was Dredd's replacement after he went on the Long Walk) by taunting him hallucinations of Morton Judd, his creator. After gaining full control of Kraken, they made him get Psi Judge Kit Agee and they used her as a vessel to link the two worlds, allowing the Sisters complete access and killing Xena after she outlived her usefulness,. They then made Kraken locate and release the Dark Judges from the void into Mega-City One.

The Sisters proceeded to use their powers to take full control of the majority of the Judges in Mega-City One and black out the sky, starting Necropolis. The Dark Judges (with Kraken as the fifth enslaved Dark Judge) and the controlled Judges then proceeded to start exterminating the population while the Sisters sadistically taunted the living, making daily news reports on the slaughtering.

The Sisters began to hunt for Dredd in the Cursed Earth after he went on the Long Walk, destroying everything in their path. They eventually confronted Dredd and battle ensures, with Nausea blinding Yassa Povey, Dredd's guide in the Cursed Earth. The Sisters were eventually driven away and Dredd goes back to Mega-City One to free it from the Sisters and the Dark Judges.

After Dredd, Anderson, former Chief Judge McGruder and a handful of Cadet Judges managed to get back into the city where they find out the location of Kit Agee, and decide that killing her is the only way to sever the link between the two worlds, so they blew the Dunc Renaldo Block were she was at. The Sisters were then driven back to Deadworld, but it wasn't the last time Mega-City One would have to deal with them.

Another attack on the Big Meg

The Sisters returned years later along with their three Cousins and they proceed to use a dying man to create a bridge between the two worlds. They then proceed to spread various curses and diseases across Mega-City One. Psi Judge Anderson and Judge Shakta travel to Deadworld where they confront the Sisters and their Cousins. The two Psi-Judges proceed to combine their powers to halt their powers long enough to sever the link between Mega-City One and Deadworld, trapping them again.

The Sisters later manage to rescue Judge Death from hell after he had been thrown in there by the ghost of a farmer named Hocus Ritter. They then latch onto Judge Logan who was still recovering from losing his arm by Judge Mortis during Day of Chaos. They manage to trick Anderson into believing that the Sisters were using Logan the same way they used Agee many years back, but in reality it was a trick to lure Dredd and Anderson to the Dark Judges with the Sisters freeing Logan after accomplishing that task. 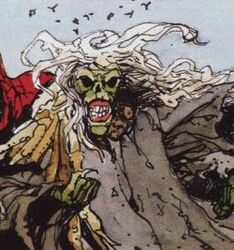 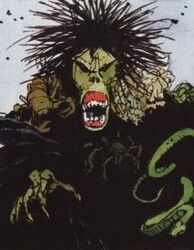 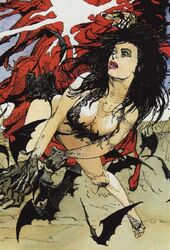 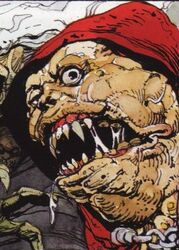 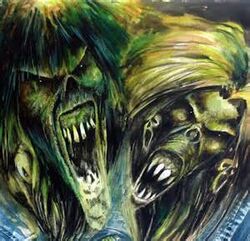 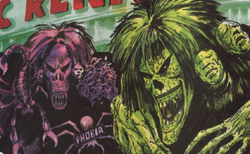 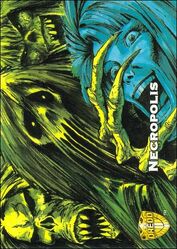 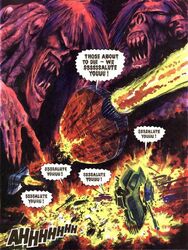 Add a photo to this gallery
Retrieved from "https://villains.fandom.com/wiki/Sisters_of_Death?oldid=3530244"
Community content is available under CC-BY-SA unless otherwise noted.