Sisters of the Oracular Order

Sisters of the Oracular Order

Influence the world with their prophecies.

The Sisters of the Oracular Order, also known as the Oracular Sisters or the Blind Sisters, are an antagonistic faction in the Dishonored franchise, first appearing in the mission The Stolen Archive of Dishonored: Death of the Outsider.

In contrast to the Warfare Overseers, who are solely made up from men, the Oracular Order consists entirely of women. Led by the High Oracle, the sisters rarely leave their chapels and the location of the High Oracle is a closely guarded secret. It is suspected that she perpetually travels from one chapel to the next. The sisters have chapels in at least Gristol and Serkonos.

The sisters are able to use trance to see visions of the future. As such, the prophecies of the Oracular Order are pivotal for the leadership of the Order of the Everyman and the Oracular Sisters are revered by the other factions of the Abbey. When the Sisters issue a proclamation or send a missive advising some course of action, the High Overseer endorses it with absolue confidence. Despite rarely leaving their chapels, the Sisters are trained to fight with maces and are skilled enough to terminate in "a single open eye".

Although some of the Oracular Sisters actually have prophetic visions, most of the sisters merely study history and politics and, when approaching a subject, engage in cloistered debate for days - passing off their results as prophecies. Individual members also meditate and use various hallucinogen drugs to enhance their visions.

Although they are informally known as the "Blind Sisters", the Oracular Sisters are not really blind. The term "Blind Sisters" actually means that the Oracular sisters are "blind to the diversions of the world", meaning their vision is clearer than that of the non-initiated. Nonetheless, the Sisters wear read blindfolds as if to strengthen the prejudice.

The Cloistered Gathering is a meeting in which the Oracles make their prophecies. Only Oracular Sisters are allowed to be present during such a gathering. The Gathering takes place in a room in which thirty or more sisters sit in a circle. No topic will be heard until every Sister has time to research. Several outcomes are discussed and some Sisters are tasked with advancing less popular or unlikely scenarios. Every Sister has to give her opinion on the matter - no sister is allowed to remain silent. After each Sister has given her opinion on how the discussed event will unfolg, the Sisters come to an opinion of the most likely scenario which is then written down and handed to the High Oracle for approval.

The Oracular Order was founded by Gwen Horncroft, the Order's first High Oracle, who was later lost to insanity. Another High Oracle was Dahlia Somonos, who was the first Serkonan to be introduced to the Order and founded the Serkonan Chapel of the Order in her homeland. She was killed by followers of the Outsider. The ashes of both Horncroft and Somonos are kept in urns at the Office of the High Overseer in Dunwall.

Using the device, Breanna managed to divide the Oracular Order over the question of the legitimacy of the newly-crowned Empress Delilah by influencing their visions.

By eliminating the threat of the Oraculum, Emily saves the Oracular Sisters from the witches' influence and gives them back their independence. After the chaos in the Empire has calmed and Emily has retaken her throne, Sister Rosewyn, an Oracular Sister, decides that the Royal Conservatory must be cleansed from the black magic wrought by the witches.

After requesting the assistance of the Warfare Overseers led by Roving Vice Overseer Cardoza, the Oracular Sisters storm the Conservatory where they and the Overseers capture the former witches who have remained at the Conservatory. While the Overseers torture and interrogate the witches, the Oracular Sisters start searching for heretical papers, books and artefacts - destroying everything they find. The Sisters also secure the Oraculum and two of them can be heard discussing its powers. The two are worried and discuss how they can protect their order from attacks like that in the future.

Meanwhile, Sister Rosewyn has found a silvergraph archive that was sent to Breanna Ashworth by one of the Eyeless. After finding out that it contains the location of a place where it is possible to enter the Void, Rosewyn is shocked, as this silvergraph could shake the very foundation of the Order of the Everyman and undo everything the Order has achieved throughout the ages. At loss for ideas on how to act, Rosewyn calls several Oracular Sisters to the terrace where they partake in a trance in hope of finding a vision to guide them. Eventually, she comes to the conclusion that the silvergraph must be destroyed and hands it to Overseer Cardoza to burn it. However, before it can be destroyed the silvergraph is stolen by Billie Lurk. 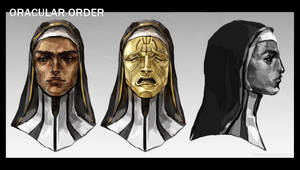 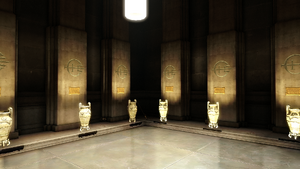 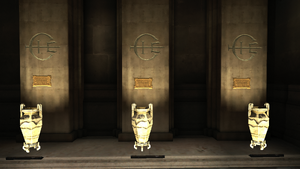 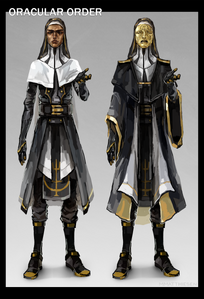