Command over the dark side of the Force

Complete control over the Star Forge and it's Infinite Fleet

Conquer the Republic and turn it into a militarized empire so the Galaxy is prepared for the Sith Emperor's eventual attack. (partially succeeded in strengthening the Republic but failed in conquering it)

Hegemonic Imperialists
Darth Revan's Sith Empire, or better known simply as the Sith Empire, is one of the empires of the ancient Sith and the main antagonistic faction of the RPG game Star Wars: Knights of the Old Republic. While originally thought to be the main threat to the Galaxy, it was revealed in the sequel game Star Wars: Knights of the Old Republic II - the Sith Lords that this empire was in fact part Revan's measures to protect the galaxy against the true Sith Empire that remained hidden in the unknown regions.

The Sith Empire's beginnings could be found in the end of the Mandalorian Wars. The Republic's Jedi commander Revan, on whom the bloody war had took its dark toll, forced a final battle with the Mandalorians above the planet Malachor V, where he dueled their leader Mandalore the Ultimate to the death while the two factions' fleets waited above. In Mandalore's final moments, he informed Revan that he had been influenced by a mysterious faction of Sith. After the Mandalorian fleet experienced a crushing defeat above Malachor and surrendered, Revan and his friend Malak traveled to the ice world of Rekkiad to investigate their fallen foe's claims. From there, they followed a trail that led them into the Unknown Regions with almost a third of the Republic fleet—justifying their departure by claiming to be pursuing the remaining Mandalorian forces.

However, Revan and Malak eventually found their way to Dromund Kaas and discovered that the Sith Empire still lived. They planned to kill the Sith Emperor by infiltrating to his throne room. Their attempt, however, went horribly wrong as the powerful Dark Lord sensed their presence and realized that two Jedi already fell to the Dark Side. When the pair arrived, the Emperor was prepeared and dominated their wills. Programming them to attack the Republic in order to test the enemy's weaknesses, the Emperor named the two Sith Lords and bestowing the Darth title on them. The Emperor then tasked them to use their knowledge of the forgotten Rakatan Infinite Empire to find the legendary Star Forge, which would help him create an armada that would crush the Republic. The next year saw them secretly search for ancient Star Maps which would lead them to the Station.

The Emperor, however, severely underestimated the fallen Jedi and they broke free of his control. Revan and Malak traveled to many worlds in search of the Star Maps, including Korriban where they learned the secrets of the Sith. By the time Darth Revan reached the Star Forge, he was empowered by the Dark Side and could bend successfully the ancient space station to his will as a result. While Malak was a better duelist, Revan was generally more powerful and cunning, and thus, in direct opossition to the Sith Emperor's status as leader of the Sith Order, Revan declared himself Dark Lord of the Sith, taking Malak as his apprentice. Most of the Revanchists joined the new Dark Lord, becoming Dark Jedi and Sith acolytes. The Krath and the renmants of Exar Kun's Brotherhood accepted Darth Revan as their Dark Lord and thus joined as well. The result was an empire forged out of fallen Jedi, the renmants of Kun's forces and Revan's commanding fleet in the Mandalorian Wars that had the Star Forge at the center of their military might and Sith teachings at the core of their philosophy.

With Darth Revan at the helm, the Sith invasion was all but unstoppable. His Sith assassins secretly flooded into the Republic from their base on Malachor V, killing and/or abducting Jedi throughout Republic space. In Sith outposts on Lehon, Dxun, and Korriban, Revan's most faithful servants broke captured Jedi and led them to the dark side. The Sith conspired with Czerka Corporation, one of the richest and most powerful galaxy-spanning companies of the time, to amass much needed resources. They also secured a place on the ocean planet of Manaan, thanks to the native Selkath neutrality, and so were able to export the healing agent kolto to their forces.

As the Sith's conquest continued unchecked, worlds began to secede to the Sith invasion fleet voluntarily, either out of fear of what had happened to Telos IV or because they believed that the corrupt and ineffectual Republic was finally about to fall. The Republic, however, still had one last card to play—the Jedi. Time and again, the Republic armadas were saved from certain destruction by the prowess of a young Jedi Padawan named Bastila Shan. During a long string of Republic losses, her skills in battle meditation staved off utter defeat.

When the Sith were on the brink of victory, Revan's flagship was invaded by a Jedi strike team during an ambush. Led by Bastila, the Jedi were able to corner Revan on the bridge. Ever ambitious, Malak fired upon his master's vessel, hoping to destroy all of his enemies with one swift stroke, but all did not go as he had planned. The ship was destroyed, but the Jedi were able to escape with a critically injured Revan.

After the apparent death of Revan, Malak crowned himself as the new Dark Lord of the Sith and continued his former master's war of conquest, but he did not share Revan's vision. Afterwards, he took his own apprentice, Darth Bandon. Whereas Revan had kept key Republic infrastructure intact for the purposes of post-war rebuilding, Malak and Bandon were believers in more brutal methods. Likely ignorant of Revan's original intentions, they preferred an all-out war of destruction and carnage.

Malak's primary objective quickly became the assassination or capture of Bastila Shan. He almost got his wish when Bandon overwhelmed and boarded her flagship, the Endar Spire, during a Sith ambush over the world of Taris. Bastila managed to flee the battle in an escape pod. She was soon joined by an amnesiac Revan who had escaped the Endar Spire with the aid of Saul Karath's old protégé Captain Carth Onasi. After a fruitless quarantine and search of the planet, Darth Malak ordered Admiral Karath to destroy it. The entire surface of Taris—including all life there—was utterly obliterated during a combined sterilization operation by the Sith fleet, but Bastila, Revan and their party managed to escape and flee to the Jedi Enclave on Dantooine onboard a stolen smuggler vessel named the Ebon Hawk.

On Dantooine, the unaware Revan was retrained in the ways of the Force before given a quest of vital importance to the Republic—retracing Darth Revan's path to the Star Forge. After obtaining data from three damaged Rakatan Star Maps and with the death of Bandon, the crew of the Ebon Hawk were captured by Saul Karath's command ship, the Leviathan. Fortunately, Bastila and her party managed to escape from their cells and confronted Saul Karath on the bridge, where he was killed. On the verge of escaping the vessel, Darth Malak arrived and faced them. During the confrontation, Revan's true identity was revealed and Bastila sacrificed herself so that he and the others could escape. She was captured by Malak and after being tortured, she fell to the dark side and became his new apprentice.

Having discovered the ancient Star Maps on Dantooine, Tatooine, Kashyyyk, Manaan, and Korriban, Revan and his crew were able to piece together the location of the Star Forge. The Republic armadas were summoned to Lehon and a massive space battle took place between the Republic and Sith forces. After a confrontation with Revan, Bastila returned to the light side and betrayed her master by using her battle meditation to aid the Republic forces. The Jedi Civil War ended as Darth Malak died at the hands of his old master. With Malak gone and the Star Forge destroyed, the infrastructure of the Sith Empire collapsed. The remaining Dark Jedi descended into a state of civil war and virtually wiped themselves out.

Small skirmishes led by ex-Sith forces continued for the next few years, until much of what Revan had built was undone. In time, three new Sith Lords soon arose to take control of a remnant of the Empire, but they were never strong enough to directly challenge the Republic. The fragile alliance between Darth Nihilus, Darth Sion, and Darth Traya which almost completely decimated the Jedi was eventually destroyed by Meetra Surik, bringing an end to the Sith legacy that Revan had begun. Revan, meanwhile, had disappeared from known space, apparently continuing his previous tactics to take on the ancient Sith Empire by himself. Meetra followed him and eventually got herself killed while Revan was imprisoned for centuries. Nearly three hundred years later, the ancient Sith Empire would return to plague the Republic once more.

Members of the Sith Empire 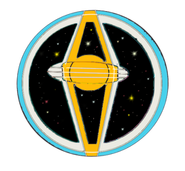