Help The Delightful Children From Down The Lane destroy the KND (failed).

The Six-Gum Gang are a criminal gang of cowboy-style robbers who work for The Delightful Children From Down The Lane and Father. According to the credits, their names are Runt, Dixie, Wilbur, Lunk and Goof. Runt is the leader of the group, despite being the smallest and seemingly the youngest.

They made their first appearance in "Operation: R.O.B.B.E.R.S.", where they staged a hold-up on a school bus, stealing other kids homework and giving it to the Delightful Children so they can get extra credit for it. They were only shown stealing A+ homework.

In "Operation: F.O.U.N.T.A.I.N.", Lunk was delightfulized and used by the Delightful Children From Down the Lane. He interrogated Leaky Leona to ascertain the location of the Fountain of Youth and was told by his brainwashers to watch for intruders as they went down into the catacombs under Gallagher Elementary School. Lunk was then distracted by a hoop bracelet by its shininess that had dropped from Leona's wrist, and was immediately defeated by Numbuh 5, who was sitting in the stall behind him and kicked the door into him, hitting his head through the wall.

The Six-Gum Gang won in this episode, but their actions backfired on their boss(es) when Mrs. Thompson saw Numbuh 4's terrible homework, and believing it to be their work, sent them to detention.

They later appear in "Operation: E.L.E.C.T.I.O.N.S.", where they were appointed as the DCFDTL's Hall Monitors when they are falsely elected as school president. They were fired from the force and tossed into Permanent Detention along with their employers after the DCFDTL were removed from office.

In "Operation: S.A.F.E.T.Y.", they are seen attending a "butt-busting" contest at the school playground.

In "Operation: M.E.S.S.A.G.E.", they were told by Wilson Woodrow to give Numbuh 2 a secret message that was intended for Muffy Jenkins. Numbuh 2 left the message in Eggbert Eggleston's office.

They were last seen in "Operation: I.N.T.E.R.V.I.E.W.S.", trying to steal one of the Truck Driver's pianos, which Lunk accidentally crushed Runt with it, just like what happened to Numbuh 4 in "Operation: P.I.A.N.O.". 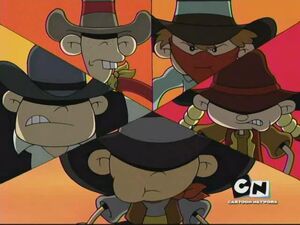 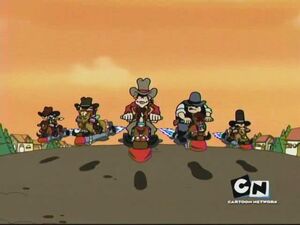 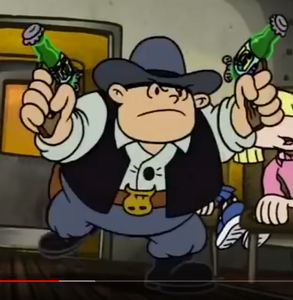 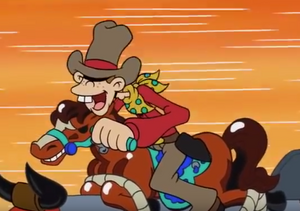 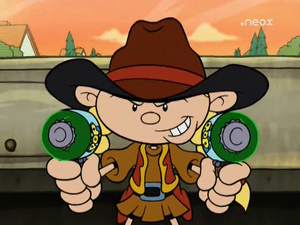 Dixie
Add a photo to this gallery

Retrieved from "https://villains.fandom.com/wiki/Six-Gum_Gang?oldid=3778581"
Community content is available under CC-BY-SA unless otherwise noted.