Collector of the Skeksis

Capturing Gelflings and other creatures.

SkekLach is the Skeksis' Collector and a major antagonist in the 2019 Netflix prequel series The Dark Crystal: Age of Resistance. His mystic counterpart is UrSen the Monk. He is SkekOk's best friend.

He was performed by Helena Smee, with Awkwafina providing his voice.

SkekLach, along with the other Skeksis, attended the gathering to draw energy from the Dark Crystal in order to prolong his lifespan, although the process eventually failed. However, unlike his panicking brethren, he isn't surprised to see the Crystal fail to sustain himself and the other Skeksis, as it had failed for days beforehand. SkekLach later traveled, along with SkekOk, to Ha'rar to collect offerings in a tithing ceremony, and coming back disappointed at the "piteous tithes" they received from the Gelflings.

Following the draining of a Gelfling named Mira, SkekLach is among the rest celebrating the event and soon supported Emperor SkekSo and General SkekVar to harvest all essence drained from captive Gelflings, even managing to kill an Arathim when some of the Gelflings escaped.

The Collector later participated in the battle of Stone-in-the-Wood with the others, fighting and fending off the Gelflings until he is killed by Deet through her unleashing the Darkening. 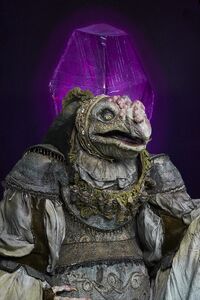 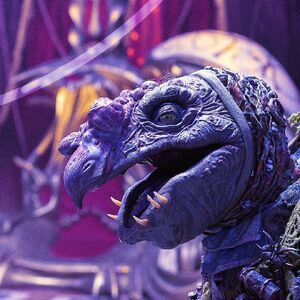 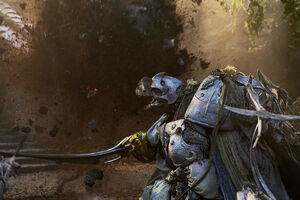 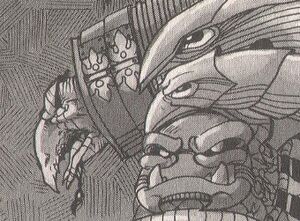 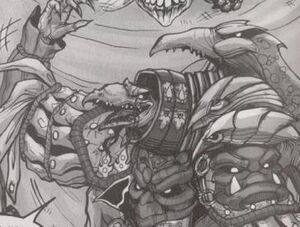 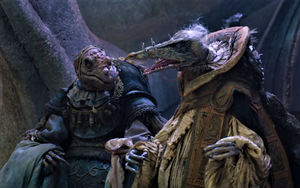 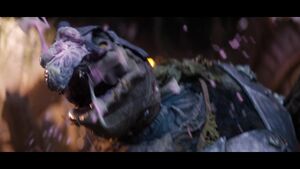 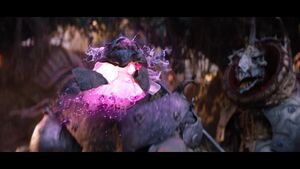