SkekOk is the court Scroll Keeper for the Skeksis and one of the supporting antagonists in The Dark Crystal. His mirror image amongst the Mystics is UrAc the Scribe.

He was performed by Bob Payne, with John Baddeley providing his voice. In the 2019 prequel series, he is performed and voiced by Neil Sterenberg.

SkekOk is shown to be much shorter and a bit small compared to the other Skeksis. He wears a mix dark brown and tan robe with pleated, printed covers said to resemble the pages of a book and two pairs of rounded glasses and a monocle, which is a key trait of his.

Early character plans focus on a two-sided personality of SkekOk: "When head projects out of collar, he assumes an academic, pedantic tone. When head retreats into collar, he assumes other persona - babbling, cackling, childlike, falls asleep like dormouse.". The World of the Dark Crystal mentions that SkekOk is the least honest of all of the Skeksis.

The Scroll Keeper is the smallest of the Skeksis, a fact which gets him picked on and laughed at. Yet SkekOk has his own power, he is able to rewrite the Skeksi histories to suit his allegiances and propaganda needs—which he does. SkekOk's traditional loyalty is to the Ritual Master SkekZok.

SkekOk and the other Skeksis attended the gathering to draw energy from the Dark Crystal in order to prolong his lifespan, despite the process failing to do so. He later traveled, along with SkekLach, to Ha'rar to collect offerings in a tithing ceremony. On the way there, SkekOk meets Brea when she tripped in front of the carriage; he offered her a ride in due to her being a princess and the daughter of the All-Maudra Mayrin. En route, he notices the ink on her face and, surprised that she can read and write, explains his role as the Scroll-Keeper of the Skeksis' "endless" library, containing tomes going back over 1,000 trine. Brea expresses interest in visiting; however, SkekLach angrily rejects the idea, declaring the knowledge forbidden and warning her that attempting pursuit for knowledge would have resulted in the same facial disfigurement he had, only for SkekOk to insultingly remind the Collector that he was never beautiful.

As the Skeksis with Brea arrived at the Citadel, SkekOk was given a hug by the princess, much to his bewilderment, before proceeding to start the ceremony. 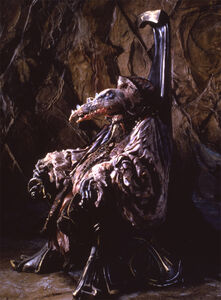 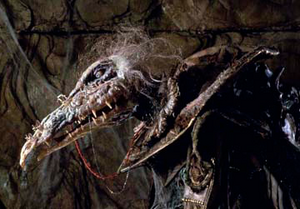 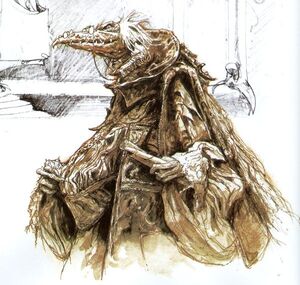 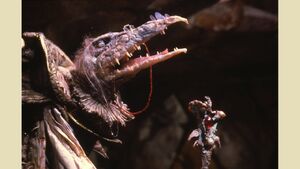 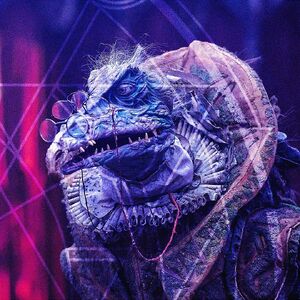 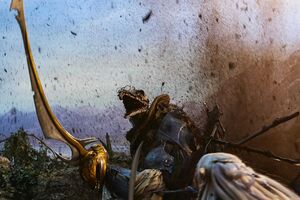 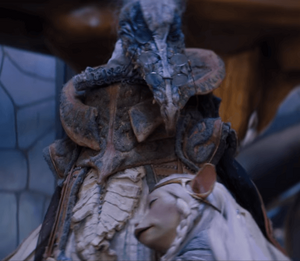 Brea hugging her idol SkekOk in gratitude, much to his awkward discomfort

SkekOk enjoying his perfumed flower bath in the spa

"I'm not decent!" An embarrassed SkekOk trying to hide his naked withered body from Aughra while bathing
Add a photo to this gallery

Retrieved from "https://villains.fandom.com/wiki/SkekOk?oldid=3434635"
Community content is available under CC-BY-SA unless otherwise noted.