Summons Skeletons
Skilled with a sword and a mace

Unknown, presumably to reclaim his kingdom.

The Skeleton King is a villain of the Diablo series, appearing in Diablo and Diablo III, as well as appearing as a playable character in Heroes of the Storm. The Skeleton King was once known as King Leoric of Khanduras, a wise and just king who was driven mad by the evil of Diablo, the Lord of Terror, before being transformed into a powerful undead warlord by Diablo himself.

As the Skeleton King, he appeared as a powerful skull-headed warlord in royal armor and a crown on his head, with a sword (Diablo I) or a giant mace (Diablo III) that he used to pound his foes. The Skeleton King in Diablo III still has traces of his old hair as Leoric upon his crowned head.

Leoric came to Khanduras as a lord of the east. Rising quickly among the ranks, he was made King of Khanduras by the Zakarum high priests. Unusually, his seat of power was the old cathedral of Tristram, a choice that was influenced by his chiefest advisor, the Archbishop Lazarus. Unknown to Leoric, the soulstone of Diablo, the Lord of Terror, was kept safe within the depths of the Cathedral.

King Leoric ruled Khanduras justly and wisely for many years, beloved by his people. Unfortunately, everything would soon change when Diablo was released from his prison by Lazarus, who was the first to be corrupted by Diablo. Diablo, seeking a vessel to be reborn into Sanctuary, tried to possess Leoric, but the King's will proved to be too strong for him to overcome. Unfortunately, the effort that Leoric made to resist Diablo's attempts to possess him left him weak and confused. In addition, Lazarus, who had become an agent of Diablo, fed him lies upon lies, convincing him that Westmarch was plotting to overthrow him, leading to a disastrous war against the neighboring kingdom where many of the finest warriors of Khanduras lost their lives. The only survivors were Leoric's finest knight Lachdanan and his retinue of other knights, as well as Prince Aidan, Leoric's eldest son.

Meanwhile, urged on by Lazarus, Leoric began accusing an ever-increasing number of his court of being traitors to the crown and having them executed, up to and including his own wife and queen Asylla. While things were already quite bad, they took a turn for the worse when Diablo stopped trying to possess Leoric, and focused instead upon his youngest son, Albrecht. When Lazarus kidnapped the young prince to become Diablo's new vessel, it destroyed any trace of sanity that the King had left. Convinced that the people of Tristram had stolen him away from him, he loosed his wrath upon the town in what would become known as the Darkening of Tristram.

Many innocents were dragged off to be tortured and executed, in a reign of terror that would not abate until Lachdanan and his knights, returning from their horrific defeat at Westmarch, came across the scene and came to the King to try to reason with him. But the maddened Leoric would not be reasoned with, declaring them traitors and trying to have them executed as well. Realizing that his beloved king had become too far gone to save, Lachdanan and his knights fought Leoric and his remaining forces in a battle that took them deep into the depths of the Cathedral, a battle that ended when Lachdanan killed Leoric, ending his madness by running him through with his sword. As he lay dying, Leoric cursed the knights of Khanduras to serve him in death.

The nightmare seemed to be over, but it had only begun, for Diablo was not content to leave Leoric in peace. The Lord of Terror raised Leoric from the dead as a powerful skeletal demon that ruled the Cathedral from his tomb deep within, with his knights, including Lachdanan, becoming powerful undead warriors known as Death Knights. The newly born Skeleton King ruled the Cathedral with his army of the dead, finally serving the Lord of Terror that he had resisted in life. He sought to overrun Tristram with his undead forces and restore his fallen kingdom in a new reign of terror which would only truly abate when Prince Aidan, in his own return to Tristram, would venture down into the depths of the Cathedral and kill the monster that his father had become.

Twenty years after the fall of the Skeleton King, the power of the Fallen Star would bring back everyone killed by Leoric and Lachdanan as undead, including Leoric himself, who took up the mantle of the Skeleton King once more, plaguing the town of New Tristram with monsters in an effort to make everyone suffer as he had suffered. Unfortunately for Leoric, a new hero had arisen to uncover the mystery of the Fallen Star, a hero that would soon be known as the Nephalem. The Nephalem faced down the Skeleton King in his old tomb, placing his old crown on top of his head in order to bind him to a physical form before destroying him forever. 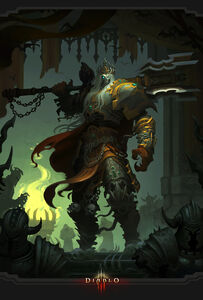 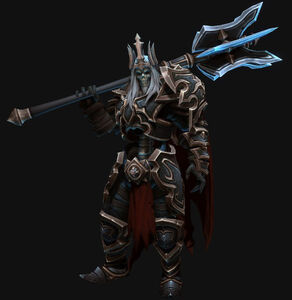 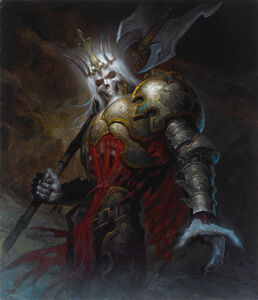 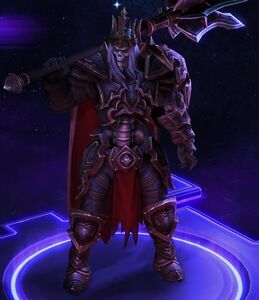 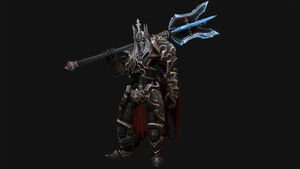 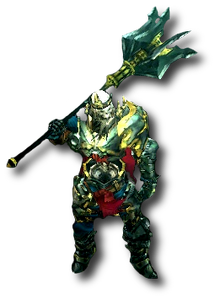 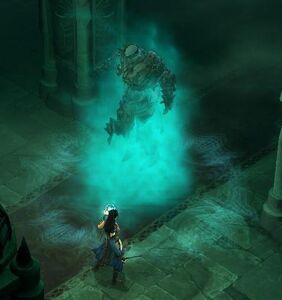 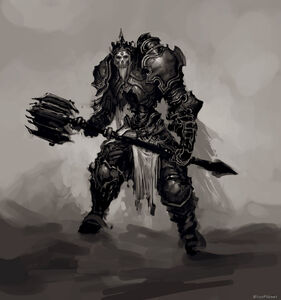 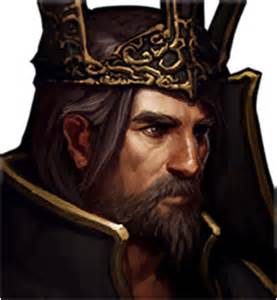 Retrieved from "https://villains.fandom.com/wiki/Skeleton_King_(Diablo)?oldid=3367774"
Community content is available under CC-BY-SA unless otherwise noted.