The Alchemist (before his corruption to evil)
Evil One

Making the Formless.
Breaking deals to further his goals.

Free the Dark Ones from their millennia-old dimensional imprisonment.

Annihilate the Hyperforce.
Purge the planet Shuggazoom and its populace.
Subjugate and/or eradicate the living from the universe in the name of the cosmic evil force that created Dark Ones.

There is some evidence that he could be Chiro's father because in one episode, the Skeleton King has a collection of Chiro's toys.

He is voiced by Mark Hamill, who did the voice for the Joker in the Batman: The Animated Series and animated films that followed, and as Luke Skywalker in Star Wars.

The Skeleton King used to be a genius scientist called the Alchemist who used his knowledge of both magic and science to benefit Shuggazoom City. One day, he accidentally opened a portal (which was meant to be an interdimensional window of sorts) to an immensely-evil dimension known as the Netherworld and was infected by an evil monster that was one of the Netherworld's ancient masters of darkness known as the Dark Ones. He built the Super Robot Monkeys to protect the world from the evil monsters whose essence would soon transform him into their worst enemy. Once he finished modifying the robots, he submitted himself to the transformation into the Skeleton King.

After his revival in the final episode, the Skeleton King became much more powerful than his previous form.

The Skeleton King wants nothing else than to take over the world and enslave the inhabitants. However, he is merely a servant to far more powerful entities, the Dark Ones, and his goal in Shuggazoom is to release the Dark One Worm, his true master. He completes this in the second season finale only for the worm to be decapitated. The worm regenerates and merges with the Skeleton King's head becoming the Skeleton King Worm. Before he could destroy Planet Earth on his galaxy destroying quest, the Hyperforce destroy the worm. The Skeleton King would make his final return in the final episode with a large army of the dead for final conquest. The series ended before we saw his final fate.

The Skeleton King has worked with multiple villains in the series, but the most recurring villain that he has worked with is Mandarin, the once member to the monkey team. He has also teamed up with Jinmay but she became a good friend of the monkey team after it. He has another villainous ally, the sorceress named Valina who later was betrayed and killed by him after his resurrection. 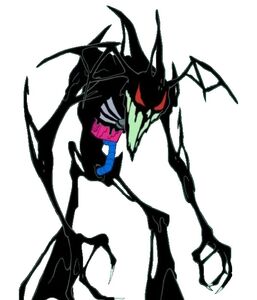 The Skeleton King as a Formless. 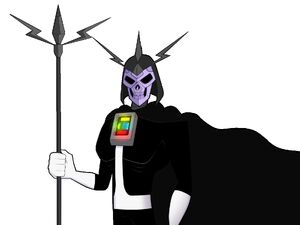 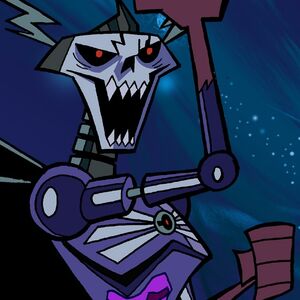 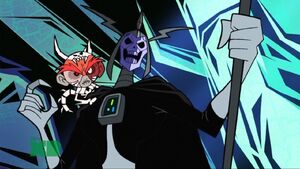 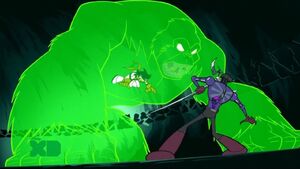 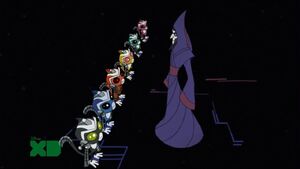 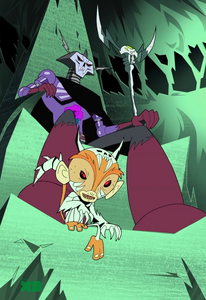 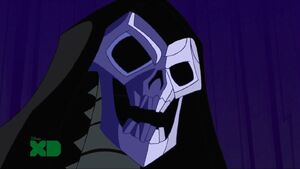 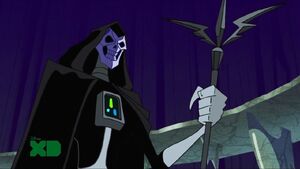 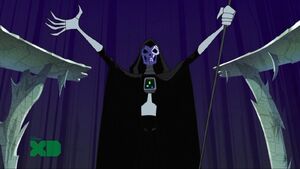 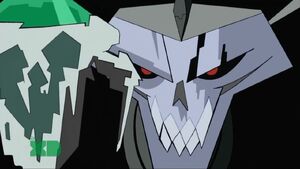 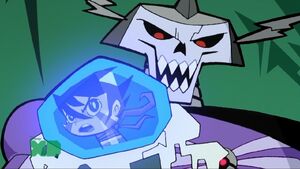 Retrieved from "https://villains.fandom.com/wiki/Skeleton_King_(Super_Robot_Monkey_Team_Hyper_Force_Go!)?oldid=3392017"
Community content is available under CC-BY-SA unless otherwise noted.