Homicidal Skeletons
Skeletons are major antagonists in Madness Combat 11: Expurgation. They are undead grunts summoned by Tricky the Clown upon inheriting The Auditor's powers. They seem to have little purpose other than attacking Hank J. Wimbleton and Sanford.

After a weakened Auditor inadvertently absorbed the body of Tricky the Clown, Tricky overtook the Auditor's body and began summoning Skeletons to attack Hank and Sanford. At the same time Tricky rammed Hank into the ground and sent him to the Other Place, "Hell", a group of Skeletons swarmed Sanford and dragged him there as well.

Inside the Other Place, Tricky himself manifested as a Skeleton and began summoning regular AAHW forces While Hank and Sanford were initially faced by Agents, Engineers and Soldats, they soon encountered more Skeletons, who now had red clown hair on their heads as a sign of Tricky's influence. After fighting their way through dozens of Skeletons, Hank and Sanford reunited and set forth to penetrate gate back into Nevada.

It was then that Tricky began summoning stronger Skeletons that wore masks and wielded weapons. After fighting their way through the masked Skeletons, Hank and Sanford found themselves confronted by a colossal, magnified Skeleton. Despite the Skeleton's size, Hank was easily able to incapacitate it by punching it into the gate, though this caused several other skeletons to emerge to join Tricky in battle. The magnified skeleton freed itself, but Hank stabbed it through the eye with his Dragon sword, then broke its head off its body with a well-timed stomp. As the battle continued, Hank hit Tricky with an electrically-charged punch, inadvertently striking the gate and triggering an explosion that seemingly killed him, Tricky and Sanford, as well as freeing the Auditor. 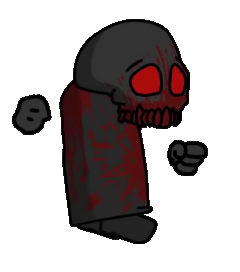 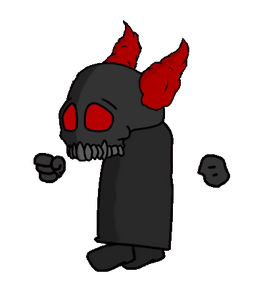 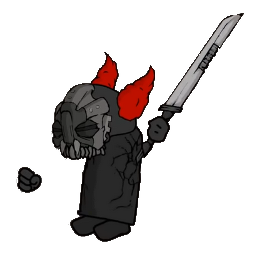 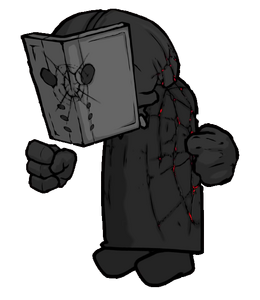