Undead Monsters
Skeletons are a popular form of physically manifested undead found throughout fiction, notably in works of fantasy, science fiction, and horror. Much like the Grim Reaper, they are commonly associated with death and decay. Unlike many adaptions of the stock zombie archetype, skeletons usually lack any flesh and are usually made up of only animated bones and/or trace muscles and ligaments. More than often, skeletons are portrayed with motor skills as good as they were in life despite lack of visible flesh compared to the former.

Animated skeletons, along with the Grim Reaper, have been used as personifications of death since the Middle Ages, a personification perhaps influenced by the valley of the dry bones in the Biblical Book of Ezekiel. Skeletons are commonly depicted as beings of evil or death during celebrations and holidays such as Halloween and the Day of the Dead.

In popular culture, skeletons commonly serve as villainous characters due to their dark nature and connections to death. This includes animated skeletons being used as minions to more powerful villains (usually necromancers or other types of magic users) and more powerful undead and skeletal entities (such as liches). Skeletons are also used as common theming by villains to represent their deadly abilities; some dress as skeletons or use them as symbols or emblems of their character or organization.

In modern times, skeletons are also commonly associated with scaring and horror, being one of the universal icons for the holiday of Halloween, and have been used in decorations, media, and memes regarding the holiday.

Additionally, while human skeletons are commonly used, other animals such as horses, bulls, rams, rats, and more are often used in similar fashions, and may be used as pets or steeds of the human skeletons. 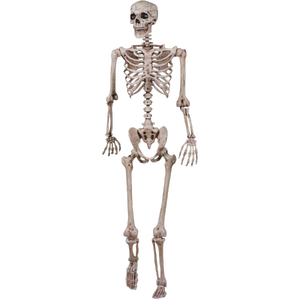 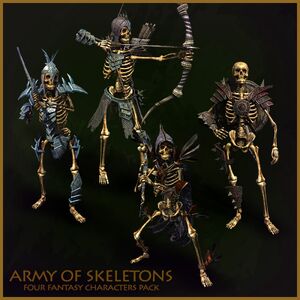 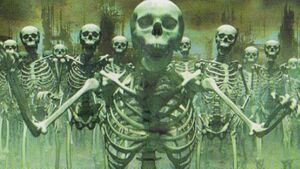 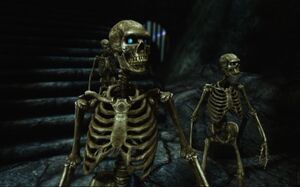 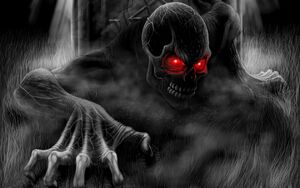 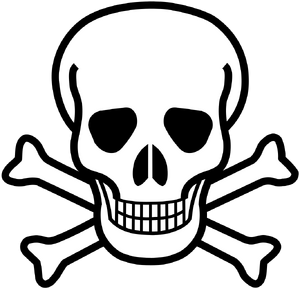 The skull and crossbones symbol, which is frequently used in real-life and fiction to signify danger, hazards, death, and/or toxins. 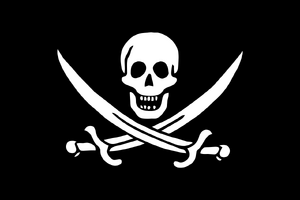 Skeletons and skulls were frequently used for both real-life and fictitious pirates; this image being the flag of the real-life pirate Jack Rackham and perhaps the most famous and iconic example of a skull used in piracy. 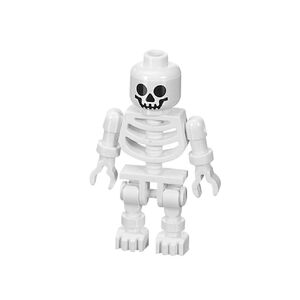 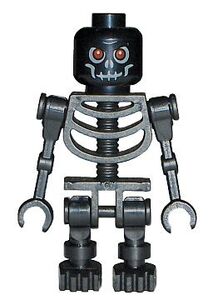 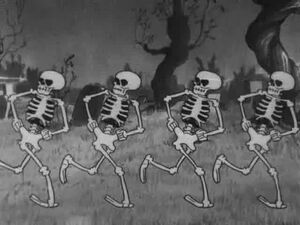 Skeletons in the 1929 Walt Disney animated short The Skeleton Dance. 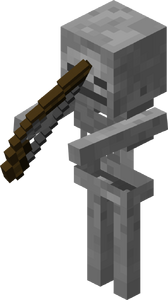 A Skeleton as it appears in the popular video game Minecraft. 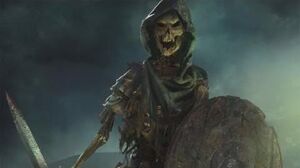 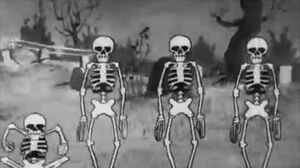