Aryan Sons
Soldiers of the Reich

Kill many non-white people as possible.

The Skinz are a gang of white supremacists in the 2003 horror video game Manhunt.

James Earl Cash faces the Skinz after getting dropped off at Junkyard by Cerberus members. Cash brutally kills most of the Skinz in the level before being captured by the Cerberus again. After this, Skinz is not seen again.

The Skinz wants to kill Cash because they believe Cash is multiracial, which is likely a lie told by Lionel Starkweather or Ramirez to give them further motivation to kill him. As such, they often refer to Cash as a "half-breed" and a "mongrel". Skinz members can be heard swearing allegiance to the Aryan Brotherhood, spouting off far-right and fundamentalist views or expressing hatred towards other races. Several of the Skinz talk to themselves about wanting to make their dead fathers proud of them.

Throughout the Skinz' junkyard, multiple dead bodies are found hanging and some bloody messes are on the ground, all of whom are implied to be the dead bodies of lynching victims. 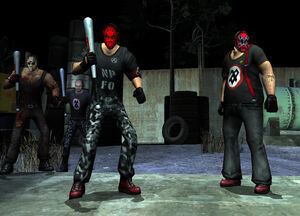 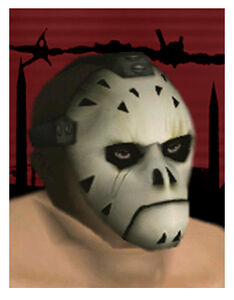 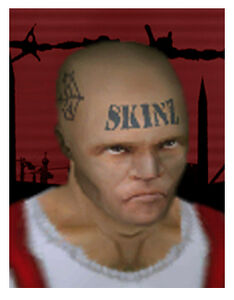 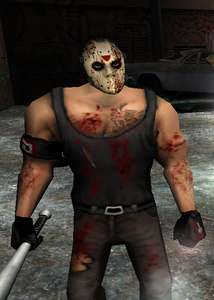