Seeking revenge on Hiccup and Toothless

Kill Hiccup and Toothless as a revenge for being frozen by them(failed, later abandoned).

It is written under the strike class for its ability to ride lightning bolts like air torpedos, intelligence, and jaw strength. This elusive dragon has large wings, a spiked back and tail, and a large mouth. The spikes on the Skrill's back and tail are sharp enough to cut with the slightest abrasion, and it is an excellent flyer. It apparently resembles a Night Fury in flight and rivals its speed, being slightly slower. Like the Monstrous Nightmare, its locomotion on land resembles that of a pterosaur, using the large claws on its wings to walk and run on land.

As with most of the dragons in the manual, it is listed as being "extremely dangerous", and the manual instructs readers to "kill on sight". It slightly resembles a Thunder Drum, and its head also resembles that of a Deadly Nadder. When a Skrill is riding lightning, it seems to wrap itself in its wings, and dive down.

A View to a Skrill Part I

A View to a Skrill Part II

The Skrill is taken to Outcast Island where Dagur and Alvin make a deal with each other. Alvin will help Dagur get the Skrill and Dagur will be given it after he helps Alvin destroy Berk first. However, Dagur betrays Alvin and steals the Skrill from it's cage and takes it to his ship. Alvin finds out and angrily fights Dagur. Alvin has the upper hand at first but Dagur then uses the Skrill on him.  Alvin jumps into the sea and Dagur uses the Skrill to shoot lightning at the water, seemingly killing Alvin. Dagur uses the Skrill to battle Hiccup and Toothless. The Skrill blocks all of Toothless' plasma shots but when Dagur steps into puddles of water, Toothless fires a plasma bolt that causes the Skrill's electricity to shock the Beserker. The Skrill then chases Hiccup and Toothless into an iceberg where he is knocked out by an ice wall after charging at Toothless and Hiccup's reflections that he thought were real. Ruffnut and Tuffnut and Barf and Belch then seal the iceberg, causing the Skrill to be frozen again.

Race to the Edge

When the Skrill was unfrozen again, he seeks for revenge on Hiccup and Toothless for freezing him again. He went to berk in order to attack. Hiccup noticed that the attacks as not random, but the Skrill is aiming for Hiccup's house, since the Skrill wanted ho have his revenge. Hiccup and Toothless are chasing the Skrill in order to freeze him again. The Skrill got captured by Dagur the Deranged, since he claimed that that is his Skrill, since the symbol of the Berserker Tribe is a Skrill. Hiccup released the Skrill, so that he will attack the Dragon Hunters. The Dragon riders have captured the Skrill again in order to freeze him, but Hiccup decided to free him, so he redeemed himself from being vengeful. 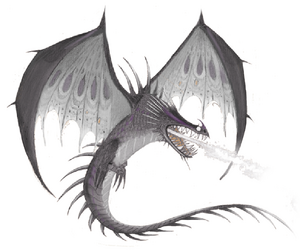 The Skrill in the Book of Dragons. 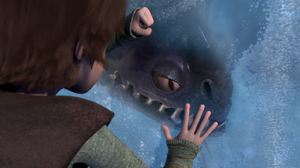 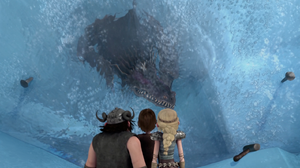 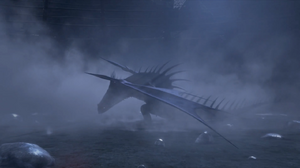 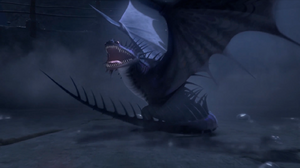 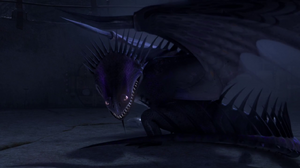 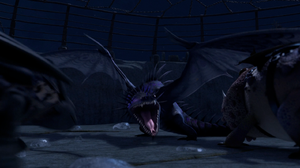 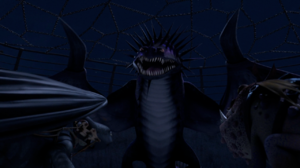 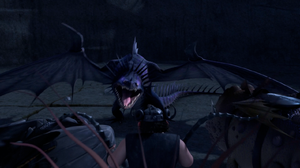 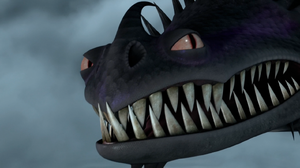 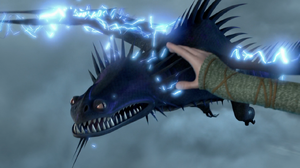 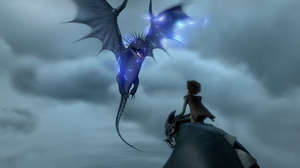 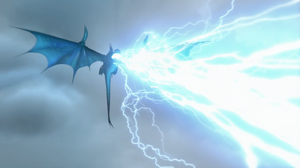 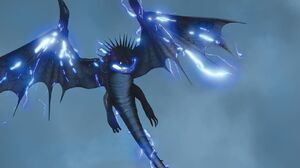 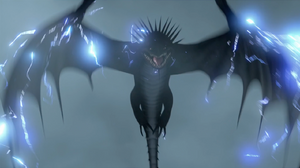 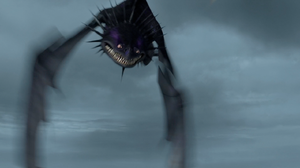 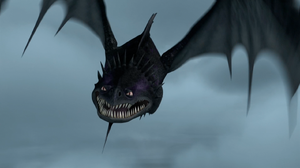 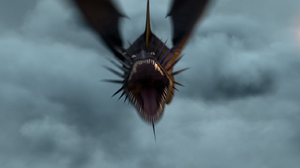 Skrill about to strike 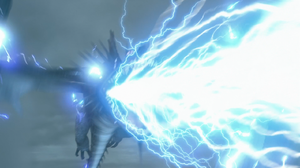