Skull Kid is the titular protagonist villain of the classic famous online video game with the same name. Skull Kid appears to be a boy, with a skull head, as well as having privileges of a chainsaw and a pistol.

Eventually, Skull Kid went inside an elevator, going to the second floor, this time with a pistol. This time, Skull Kid didn't vandalize any objects, but he had a gunfight with four employees. As Skull Kid went further, the employee would have a stronger weapon against him.

In the end, Skull Kid went to the third floor, also known as the boss' floor, where Skull Kid totally chainsawed the boss to death. 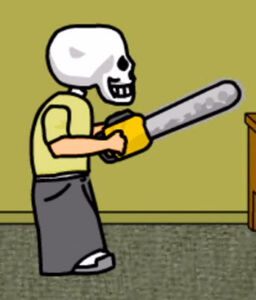 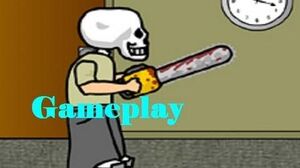