Leader of the Black Warriors

Talking trash to his enemies

Go on a date with Marian (Failed)

Skullmageddon is the main antagonist in Double Dragon Neon and a cameo NPC in River City Girls.

Skullmageddon is voiced by Sean Velasco in both Double Dragon Neon and River City Girls.

In this game, Skullmageddon acts as the new leader of the Black Warriors, ordering his men to kidnap Marian (again), so he can have a date with her. Obviously, the Lee brothers immediately set off tho rescue her and beat the hit points out of Skullmageddon's goons, invading his dojo and taking a ride as the entire dojo is skyrocketed into space. They fight Skullmageddon in the dojo, but he escapes with Marian. During the game he swears at his goons and threatens the brothers as they progress.

In the final stage, he brainwashes Marian, who fights alongside him against the brothers, but the heroes prevail, rescuing Marian and defeating Skullmageddon. Skullmageddon escapes through a portal, but Marian uses the power of love to send the two brothers after him. They find themselves in another dimension and wearing robot outfits which give them new powers. Soon Skullmageddon shows up and challenge the brothers for the final match, transforming into Giga Skullmageddon. He is once again defeated, falling into a pit (at the bottom of which Marie awaits to punch him in the crotch) while the credits roll and promising to return.

In River City Girls, Skullmageddon appears as the owner of the pawn shop, a needed destination in order to find and defeat Hibari.

Skullmageddon is among the most powerful antagonists in the Double Dragon franchise, and he might even be the strongest the Lee brothers have faced in the entire series.

He possesses a wide array of supernatural abilities, being able to teleport, shoot flaming skulls or blasts of fire from his sword, breathe fire and transform into an even stronger, bigger and spikier form, "Bone and Metal" Giga Skullmageddon. He is a master with his blade and is strong enough to pin any of the Lee brothers to the ground. Physically speaking he's also incredibly durable, able to survive a fall from space and existing in a dimension where humans cannot be without instantly dying (the Lee brothers had to be turned into robots in order to survive there). 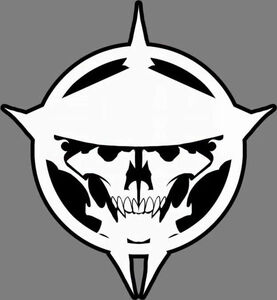 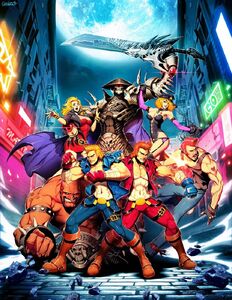 Skullmageddon as seen in the cover for Double Dragon Neon. 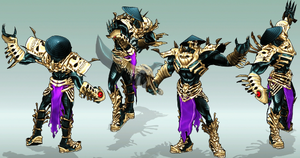 The in-game model for Skullmageddon. 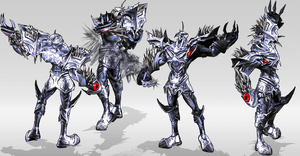 The in-game model for Giga Skullmageddon. 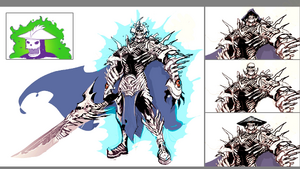 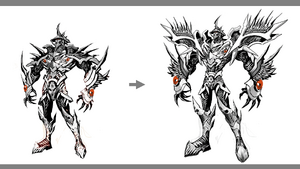 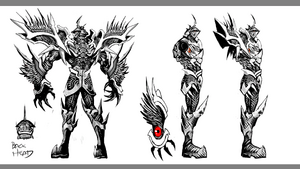 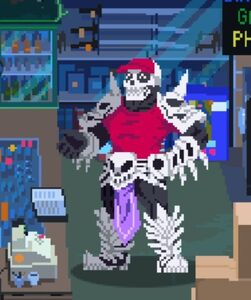 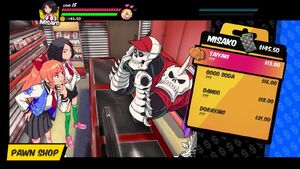