Lots of minions to boost the size of the gang

Gain and master the dark powers to achieve the next phase of natural evolution.

The Skulls are an antagonistic gang in City of Heroes that are midway between a street-gang and a death-cult, members tend to be nihilistic and misanthropic with an obsession with death and destruction: higher-ups in the gang also harness necromantic powers and the general belief of many Skulls is that by embracing the concepts of death they can gain mastery over it.

The Skulls often fight against rival gangs such as the Hellions and are one of the more common and easily dealt with threats for low-level heroes or villains, though some of their leaders can prove to be a little more difficult (the Bone Daddy's can be especially nasty if you go in unprepared). The Skulls deal in the drug known as Superdyne, a highly addictive substance passed onto them from the Marcone Crime Family. Superdyne is relatively cheap to produce but hard to make so the Family had a tight handle on it but shared both their product and its production method with the Skulls in exchange for a piece of the profits and an understanding that each was permitted to operate in the other's territory and would back up the other if in a tight-spot so both could continue to do business.

Even in low doses Superdyne grants the user super-strength and endurance but also spikes the user's aggression.  The Marcone Family members have become functional addicts in spite of Superdyne and take a higher-end version of it to keep up their fixes. Those that have reached this state actually have developed telekinetic powers, as their brain is enhanced along with the rest of their muscles. However the more common version only enhances strength and endurance and even this street version passed around by the Skulls is extremely potent and enough to ruin most of their clients' lives. Those unable to resist Superdyne and still manage to keep getting their hands on it become physically mutated - these are the large green hulks known as the Trolls. Thus have the Skulls not only trickled down poison into their communities and allowed the mafia a foot-hold in urban Paragon, but they have spawned an entire gang of super-strong, hedonistic, and parsimonious brutes purely from their clientele.

The Skulls have taken up a semi-cult like status, with a few members being granted access to Marcone brand drugs their brains have been enhanced enough to manifest their intent. Their intent manifests as negative energy nurtured by the gang's misanthropic outlook. Being a gang of tightly-knit-thugs, once one Skull achieved these powers the rest took it up as an admirable goal and those who get rich enough usually buy higher-end psychic enhancing Dyne, which unlike the more sophisticated Marcone Family, manifests for these elite few as dark energy rather than telekinesis. Due to this cycle, the Skulls not only see themselves as exploiting a society of sheep but also as being rewarded for it and indoctrinate newer members of the gang in the same mind-set. Unlike the Hellions, gaining these powers are not seen as a religious experience to the Skulls but rather as the natural evolution for being the best drug-dealing nihilist one can possibly be. 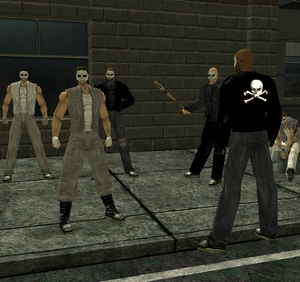 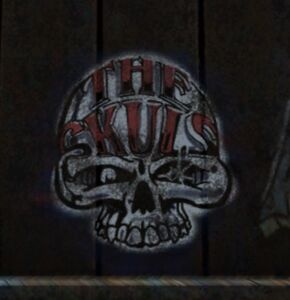 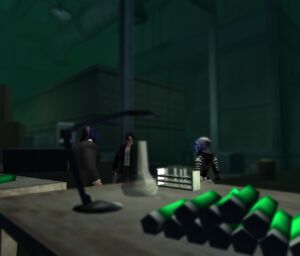 Retrieved from "https://villains.fandom.com/wiki/Skulls_(City_of_Heroes)?oldid=3803883"
Community content is available under CC-BY-SA unless otherwise noted.