Sky Scout is a minor antagonist in the anime series Yu-Gi-Oh! GX.

He was voiced by Akio Suyama in Japanese and Sean Schemmel in English.

Sky Scout is a masked man with a giant wingspan, with three long red razor sharp claws on his right arm.

Sky Scout plays a Winged Beast Deck, which concentrates on "Simorgh, Bird of Divinity" and its effect damage capabilities, as well as preventing his opponents from Summoning high-Level monsters through "Level Tax". This reflects his world view of the superiority of high-Level monsters.

Sky Scout was Jaden's first opponent when he and his friends enters the alternate dimension, with Sky Scout bring spotted guarding a power generator with help from Tania. Both Jaden and Sky Scout Dueled each other, and while both put up a good fight, it was Sky Scout who lost the duel, but after he lost he was sent to the stars, never to be seen again. Before dying ,he asks Jaden to save his world from the Supreme King. Sky Scout is seen one more time prior to Jaden's final duel with Yubel, as Jaden remembers all the people Yubel has wronged. 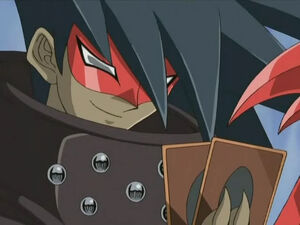 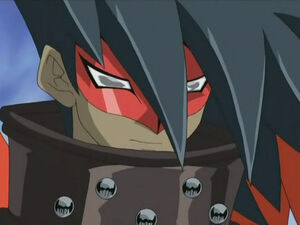 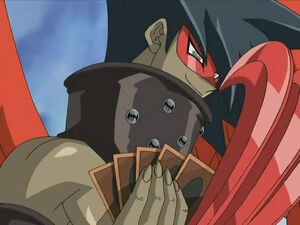 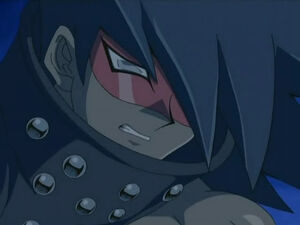 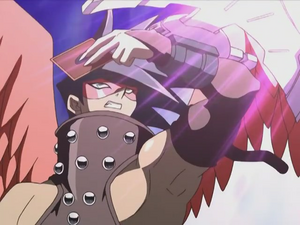 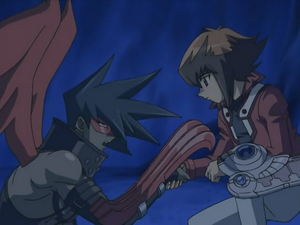