Manipulating others to his own goals.
Ruling over his horde.

Get revenge on Matthias and Redwall by kidnapping their youngs.
Selling young creatures as slaves to Malkariss.
Overthrow Malkariss himself.

Chickenhound, better known as Slagar the Cruel, is an anthropomorphic fox who started out as a minor character in Redwall, and became the main villain of the Redwall book entitled Mattimeo, as well as the second season of the TV series.

In the Redwall TV series, Slagar was voiced by Tim Curry, who portrayed many villains with Pennywise and Dr. Frank-N-Furter being some of his most famous roles.

Slagar originally began as a devious young fox cub named Chickenhound, and served his healer and spy mother Sela, learning the tools of her trade as well as how to deceive others through feigning innocence. Secretly Chickehound resented being known as his mother's son and wanted to be known as a force in his own right.

However Cluny had secretly been keeping his one good eye on them from the start and eventually caught the two with their ears against the door, eavesdropping on his latest battle plans. Cluny gave Chickenhound and his mother to his minions, Darkclaw and Cheesethief who had the two foxes executed via being impaled by spears and thrown in a ditch.

Sela was slain, but the clever Chickenhound had barely survived by playing dead as the spears had missed his vital areas. After mocking his dead mom, Chickenhound crawled to Redwall Abbey. Feigning grief about his dead mother and claiming he only wanted to avenge her death appealed to the kindhearted Abbot Mortimer, the Fox was taken him in and cared in the infirmary.

In return for the abbey's kindness, Chickenhound stole a sack full of trinkets, artifacts, family keepsakes and any other valuables from the Abbey, whilst vandalizing anything else. but before he could escape he was confronted by Brother Methuselah. Chickenhound hit the old mouse with the heavy sack, killing him and fled into the woods.

Evading Constance the badger who chased after him in a fury, but Chickenhound hid under a large tree stump. Whilst plotting his future, he was ambushed and bitten in the face by the giant adder, Asmodeus Poisonteeth. Chickenhound miraculously survived the deadly bite with his knowledge of healing and medicine, but his face was forever deformed and twisted from the venom.

Renaming himself Slagar the Cruel and wearing a hooded harlequin cape to hide his face, the young fox grew up and became a slaver with his own gang of followers. Meeting Polecat Malkariss, the ruler of the underground kingdom named after the polecat Malkariss, Slagar found he could make a fortune by capturing animals, usually children, and selling them as slaves to Malakriss. Furthermore Slagar got to make rake more profit by killing the rest of his followers through murder and manipulation, thus allowing him to get 100% of the reward. Slagar repeated this con with many gangs for many seasons(equivalent to years in the setting of Redwall). He also carved plans to eventually usurp Malkariss himself.

However even with all this success, Slagar never forgot his humiliating escape from Redwall and was further enraged to find out that Asmodeus had been slain by Matthias, thus robbing the fox of his revenge.

Taking his current band of weasels, stoats, and ferrets and tricked his way into Redwall Abbey in order to exact his "revenge" upon the warrior mouse Matthias, whom he held responsible for his disfigurement and robbing him of his revenge against Asmodeus. Slagar captured Matthias's son as well as some other young creatures to be sold as slaves to Malakriss.

Matthias and his fellow animals followed Slagar, reached the underground kingdom, saved the children, defeated the rat army and killed Malkariss, but Slagar managed to get out alive. When the band of woodlanders were ready to go back to Redwall, a rat named Vitch, who had been a part of Slagar's gang started to run off. Slagar seized his chance and killed Vitch with his bolas. This alerted Matthias and Orlando the axe to his presence and they chased after him. Seeing them coming, Slagar ran, but while running away from his pursuers, the masked fox accidentally ran directly into an ancient Loamhedge well and fell to his death into it.

In the TV series, Slagar the Cruel's history is mostly the same with a small differences. Rather then being caught by Cluny, both foxes escape him and retreat to Redwall, playing on their sympathies. Sela joins her son in robbing the Abbey, but it is Chickenhound alone who beats Methuselah nearly to death to his mother's shock, unlike the book Methuselah lives for two days here before succumbing to the injuries inflicted on him by the fox cub. When his mother is thrown out of Redwall leading to her death to Cluny's troop, Chickenhound escapes and is attacked by Asmodeus.

In Season 2, Slagar is the one to kill the shrew hero, Log a Log, by throwing a javelin at him from behind. Slagar the cruel's death is altered as well, when he makes one last attempt to kill Orlando and Matthias by hurling a boulder at them; the two destroy the boulder, and the resulting spray causes Slagar to tumble into the well to his demise.

Even as a child, Slagar or Chickenhound as he was known by then, showed himself as devoid of empathy, he showed a "total lack of sorrow" for his mother's death in the narrator's own words and was completely ungrateful to Abbot Mortimer for helping him. Chickenhound was capable of faking innocence and fooling others with crocodile tears, though his true evil nature could be seen by some such as Constance the Badger. He had a habit of sniggering, especially when tricking other animals.

Believing he was meant for better, Chickenhound thought his mother was an old fool without guile and dreamed of one day being a infamous crimelord with a whole gang of fox thieves, whose name alone brought terror and awe throughout the land, his humble origin long forgotten.

Chickenhound resented his name and its association with Sela. He thus came up with a wide variety of names to call himself including: FoxPrince of Thieves Overlord of all criminals, RedFlash, NightFang or MouseDeath, the last being his favorite. Despite it being so, he settled with his name change to Slagar, as revealed in Mattimeo.

Despite the effects caused by the adder venom, Slagar grew to be extremely intelligent and manipulative, even moreso then his young self, becoming the ruthless bandit his younger self had dreamed of being, though he would regularly recycle gang members so that he could continue to keep profits to himself. He constantly fooling his enemies, whilst betraying and killing his allies. He was pitiless and unspeakably cruel (as his name implies), taking pride in these qualities. Having no mercy for children, even if they were members of his gang.

His acting ability had improved as Slagar was able to perfectly pretend to be amiable ringmaster, fooling all of Redwall even his old enemy Constance. His trickery allowed him to continually get members of his gangs to kill each other, leaving him to reap all the profits and start the process over with a new gang.

However, despite being a heartless psychopath, he was still nothing more than a coward. Running away from fights, demanding his cohorts do his dirty work, and taking all the credit.

From a young age, Slagar learned how to collect herbs and used them for healing recipes, with this he was able to stay healthy after near death experiences.

Slagar was an expert with a pair of bolas and could throw them around someone's neck from a far distance.

Slagar was fine stage magician and was able to easily entertain the redwallers with a wide variety of magic tricks. 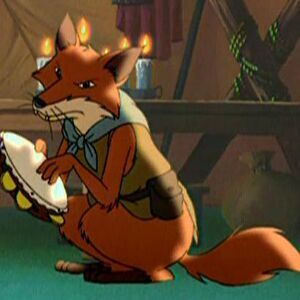 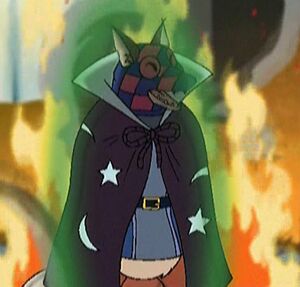 Slagar from the Redwall TV series. 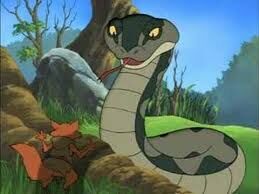 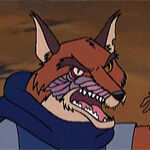 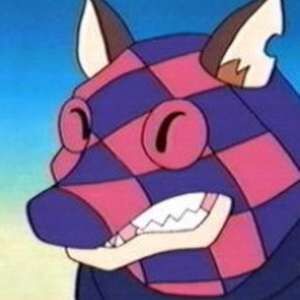 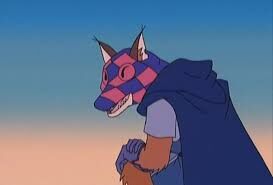 Retrieved from "https://villains.fandom.com/wiki/Slagar_the_Cruel?oldid=4040978"
Community content is available under CC-BY-SA unless otherwise noted.